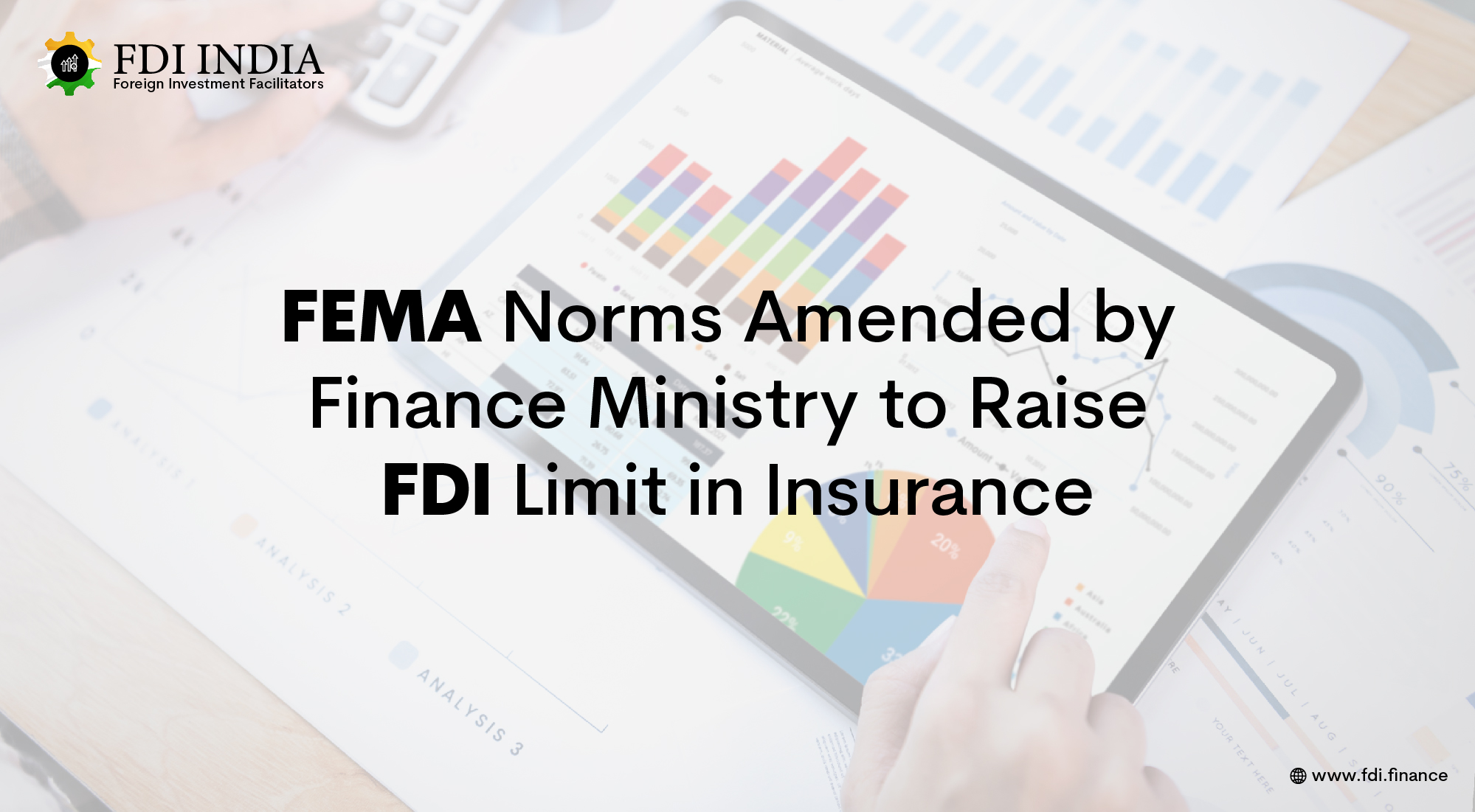 The Finance Ministry has announced changes to the Foreign Exchange Management Rules that would raise the foreign direct investment (FDI) ceiling in the insurance industry to 74%.

In the insurance industry, FDI is currently capped at 49%.

Applications for FDI in private banks with a joint venture or subsidiary in the insurance sector may be addressed to the Reserve Bank of India for consideration in consultation with the Insurance Regulatory and Development Authority of India, according to the Foreign Exchange Management (non-debt instruments) (second amendment) Rules, 2021, notified by the government on Thursday.

In May, the government issued the Indian Insurance Companies (Foreign Investment) Amendment Rules, 2021, which mandates that at least one of the Chairperson, Managing Director, or Chief Executive Officer be a resident Indian citizen.

The Parliament authorised increasing the FDI ceiling in insurance from 49 percent to 74 percent during the Budget session earlier this year.

Furthermore, if statutory solvency margins are not reached for a financial year, such businesses would be obliged to keep net earnings for dividend declaration.