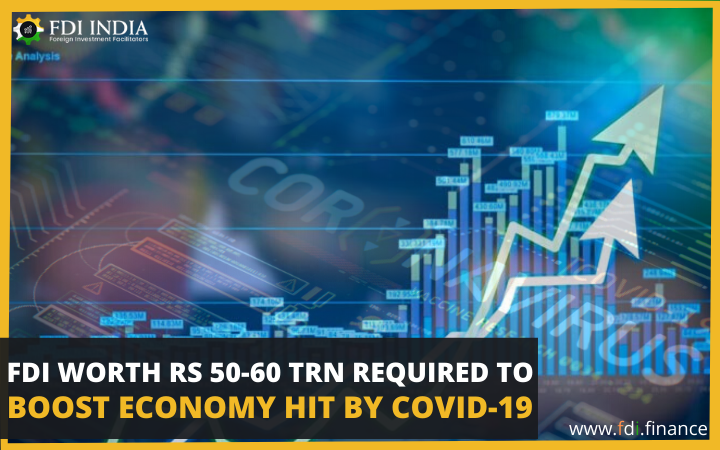 India requires a huge amount of foreign direct investment to help heal the economy disruption by COVID-19. This money can enter through various channels, one such is through infrastructure projects and the MSME sector both of which can very well help boost the economy according to Union Minister Nitin Gadkari.

The disruption in economy due subsequent lockdowns can be curbed by ensuring that now investments are made on decent level so as to revive the economic stability.

"Country at this juncture needs liquidity. Without liquidity our economy's wheel will not accelerate... Rs 50-60 trillion foreign investment is needed in the country under present circumstances to boost the economy," the Road Transport, Highways and MSME Minister told PTI in an interview.

Dubai and the US investors are approached to invest in various projects inclusive of MSMEs. The MSME investment is being strictly scrutinized through various verticals, the three-year turnover, IT record, and the GST track are all recording for decent rating.

"We need to boost our technology for increasing growth and need to focus on enhancing exports. The Prime Minister's thrust is also on reducing dependence on imports and boosting exports. In this infrastructure can play a crucial role," Mr. Gadkari said.

He also emphasized that public private partnerships can be the guiding light to harness large amount of funds and have a cascading effect on the employment stats and also boost the overall economy.

Prime Minister Narendra Modi announced that under PMGKAY, free ration scheme would be extended for about 80 crore people until November end.

The centre has announced that about 20 trillion economic stimulus package inclusive of Rs. 8.01 trillion of overall liquidity measures as announced by Reserve Bank of India since March.