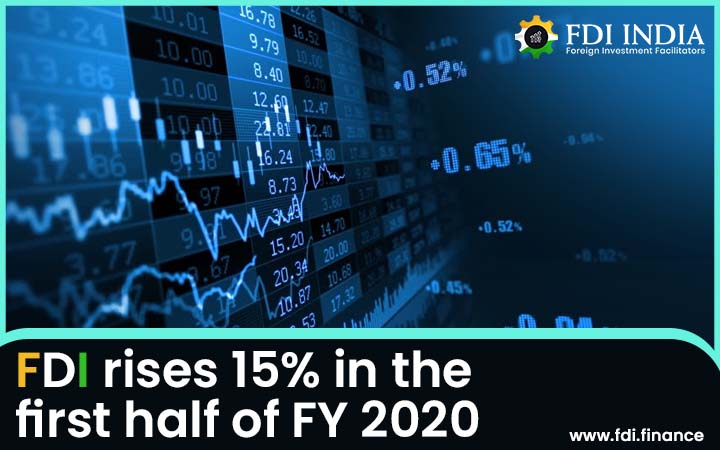 As per data released by the government, the foreign direct investment (FDI) inflow into India increased 15 per cent to USD 26 billion during the first half of the current financial year. Equity inflow of overseas investments stood at $23 billion during the April - September period of the previous fiscal year.

The largest contributor of foreign direct investment equity inflows into India continues to be Singapore during the first-half of the financial year with investments worth USD 8 billion. This figure was followed by Mauritius ($6.4 billion), the United States $2.2 billion), the Netherlands ($2.3 billion), and Japan ($1.8 billion).

Backed by liberalized norms introduced by the Modi-led government, Indian hopes to continue being one of the world’s most attractive destinations for foreign direct investment.

As per Department for Promotion of Industry and Internal Trade (DPIIT) secretary Guruprasad Mohapatra, inflows from overseas investment continue to be stable and unaffected by the slowdown in global economy.