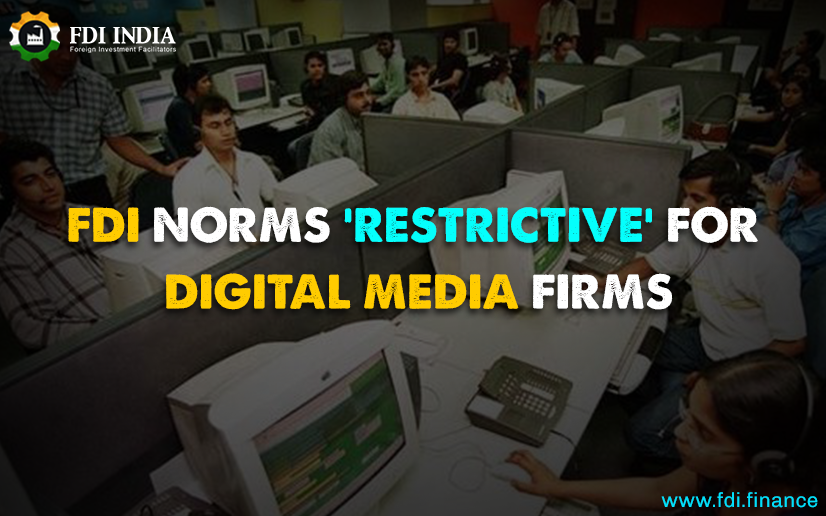 The government of India recently introduced new foreign direct investment policies capping the investment in digital media at 26 per cent. Companies operating news portals expressed their disappointed on these new norms. The government said that this step will impact both existing digital platforms and also the new platforms looking to expand.

Commerce Minister Piyush Goyal on Wednesday announced that the cabinet has decided to clear up overseas direct investment up to 26 per cent under the government route for approval for digital media companies that upload or stream news and current affairs.

According to the previous policy- until now foreign direct investment allowed in print media amounted to 26 per cent and in the news broadcast television companies in India it was 49 per cent. There have been no restrictions so far on foreign investors running digital media ventures that are aimed at Indian consumers.

CEO of The News Minute, Vignesh Vellore said, “The Indian investors are not bullish and are mostly reluctant to invest in media portals, more so in the current economic situation.” “The new policy hurts smaller players like us and the ones who are looking to launch new projects. In future, when we have to look at investments to scale up our operations, this kind of cap will be very discouraging,” he asserted.

The Wire founding editor, M.K. Venu also said in a twitter post,“Digital news media was unregulated & thriving so far. 100% FDI was allowed in start-ups. Now govt wants to limit FDI to 26%.This is regressive. Cos already operating with 50% or 100?I will have to divest foreign equity in favour of domestic when capital is scarce and scared!”