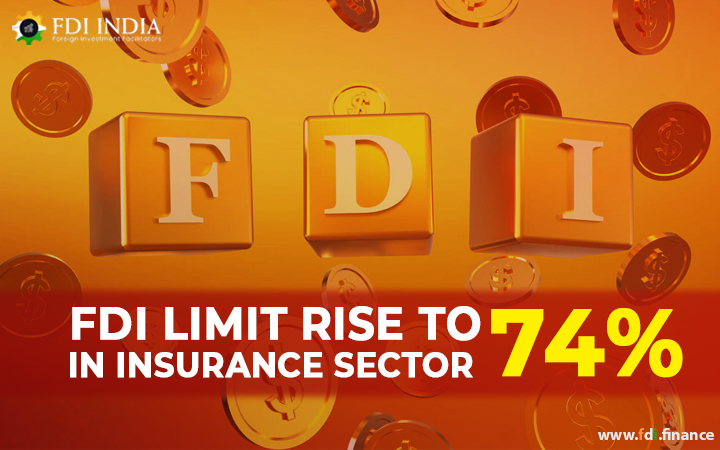 The Government is setting higher limits on the foreign investment in the Insurance and pension domain, certainly raised at 49%, the proposal is to raise it to 74% for the private banks. According to the officials, both insurance and pension area can open with the existing provisions that Indian hold the management control as applied in banks.

In the 2019 budget speech of Finance Minister Nirmal Sitharam, the government will ease the foreign direct investment limit in the Insurance area. The Insurance Regulatory and Development Authority of India has increased the limit of up to 74%. A decision is awaited from the highest political level as it requires various amendments in the Insurance Act. Such a move would benefit the insurer to expand his business and uplift the government divestments programme.

The central is expecting to sell it's firm its stakes in general insurance firms and foreign investment could bring better evaluations as per the officials. The government has increased the overseas limit consisting of direct and portfolio investment, for both insurance and pension domains it had raised to 49% in 2015. Overseas investment is permitted under the Pension Fund Regulatory and Development Authority Act 2013. According to the Law, Insurance Companies should be owned and regulated by Indian under the clauses as stated by Industry Executive. It would be tough for foreign partners to persuade their parent company to invest more money without having any authority.

Industry Lobby has sorted out the liberal FDI policy, a high number of capital companies will expand themselves if India boosts its penetration. Complete Overall penetration was 3.7%. As per the Latest IRDAI Report, Life Insurance Penetration raised at 2.74% and non-life was 0.97%. According to the experts, upliftment in the FDI limit will stimulate the industry to grow and help the Indian economy grow in the Pandemic.

Insurance Business needs huge capital with the rise in the FDI limit. Additional funds in the business will help the industry to grow, stated by Vikas Vasal, national managing partner Grant Thornton Bharat.