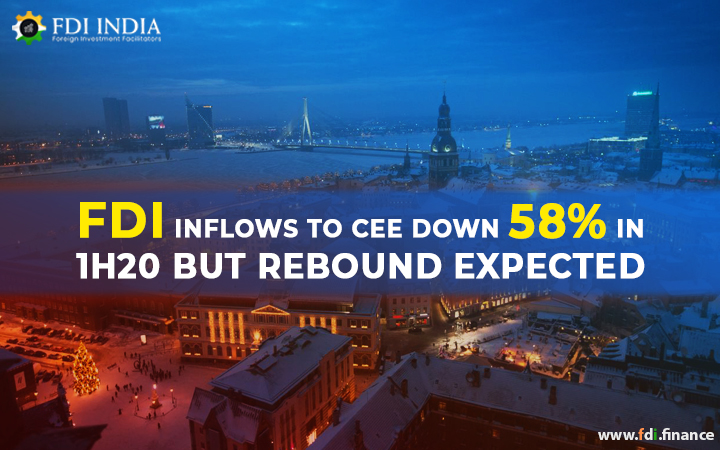 FDI Inflows to CEE Down 58% in 1H20 but Rebound Expected

FDI Inflows to CEE Down 58% in 1H20 but Rebound Expected

According to a report published by the Vienna Institute for International Economic Studies (wiiw) in December, foreign direct investment (FDI) influxes into Central, Eastern and Southeastern Europe fell 58% over the first half of 2020 as a consequence of the pandemic and lock-down of the coronovirus (COVID-19).

The decline was steeper than the global fall of 49%, but less severe as the fall of FDI in developed economies was 75%, according to the annual wiiw report. The impact of the pandemic on FDI across the CEE region however was significantly varied, and the negative inflows of FDI to Russia were dragging the region's result down. In Eastern Europe, the FDI dropped by only 35% and in the Western Balkans the fall was as low as 8%. The Commonwealth of Independent States (CIS) – save Russia – as well as Ukraine and Turkey have registered declining by approximately 40 per cent. Both CEE’s EU members and parts of the Western Balkans could benefit from near-shoring of production by major Western multinationals, as they re-think their supply chains.

“Over the long run technological change — especially in the automotive industry — will change the structure of value chains and may see Western investors return investments from Eastern Europe to their home markets,” says the report.

They warn, however, that “the takeover of domestic-oriented sectors by national capital and economic nationalism may reduce foreign investment in Eastern Europe”.

“Low commitments in greenfield investments continued also in the third quarter and amounted to 41% lower in the first three quarters of 2020 than in the previous year,” said the report. “However, the bulk of the decline in capital commitments in [Central, Southeast and Eastern Europe] CESEE can be attributed to Russia and Kazakhstan as a response to low international oil prices.”

In the region, the eastern EU members were particularly successful, with a decrease in the number of investment greenfield projects of 21%, while in the first three quarters of 2020 their value of investments decreased by 16%. Four countries – Czech Republic, Latvia, Poland and Slovenia – are in amid unfavorable circumstances. — “all received higher amounts of investment commitment than a year earlier, indicating the steady commitment of investors, especially in the real estate sector”, the report said.

The industry accounted for as much as 38% of manufacturing production in Slovakia, 28% in the Czech Republic, 26% in Hungary and 23% in Romania.