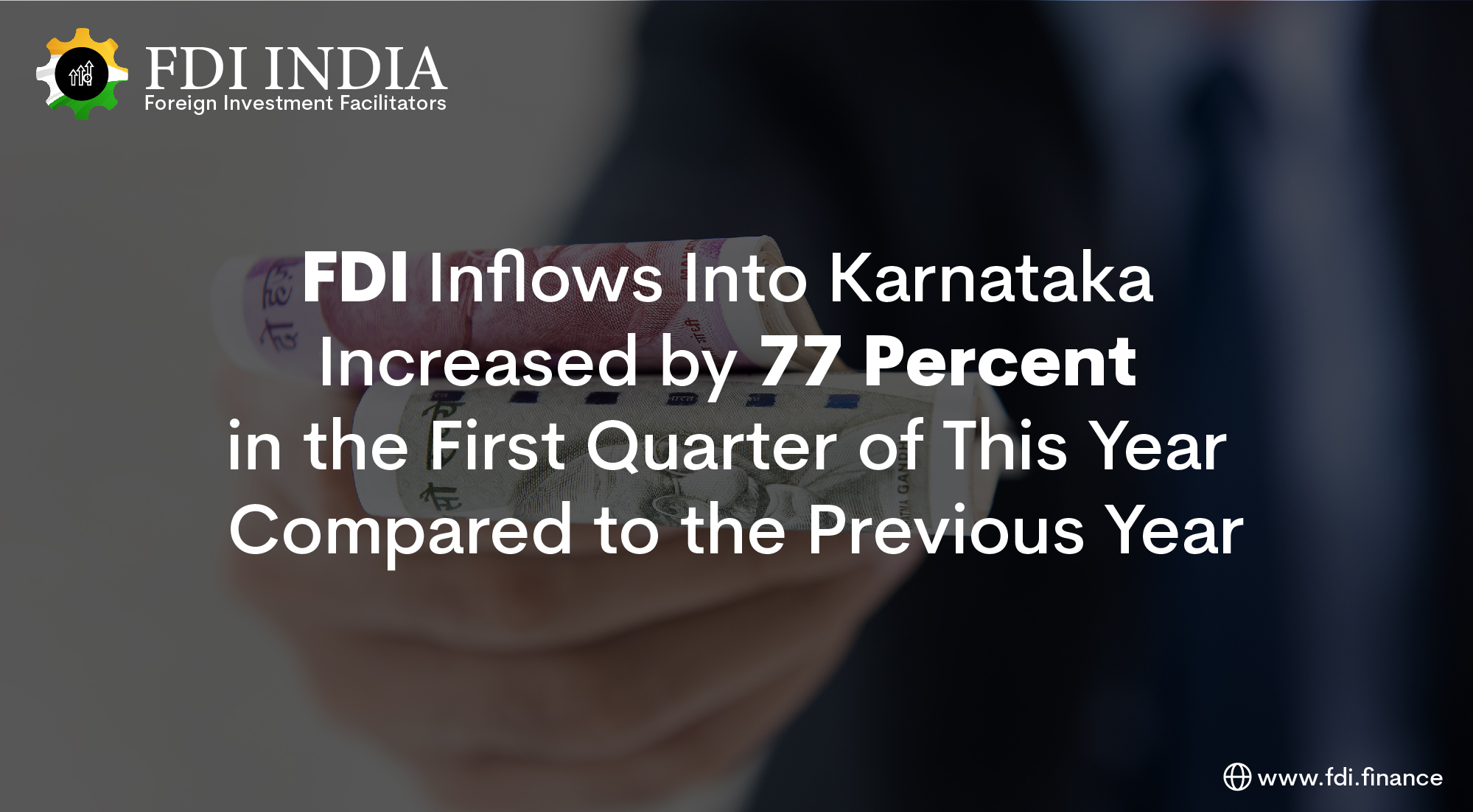 Karnataka has reported an increase in FDI inflow with Rs. 24,000 crores for the quarter ending in March 2021 as compared to the last year. An analysis was done by the ministry of commerce and industry department for Promotion of Industry, and Internal Trade of FDI data showed that the state attracted Rs. 24,457 crores in January- March 21, whereas in the same quarter of the previous year, the state attracted Rs. 13,761 crores.

Industry minister Jagadish Shettar gave credit to the new reforms made by the state, which has boosted the investor's confidence. Only Tamil Nadu, with a deficient base number compared to Karnataka, had a faster growth rate for the quarter ending March 31, 2021, than the same quarter the previous year. On the other hand, Delhi and Gujarat posted harmful growths of 30% and 7%. Nationally, the increase was 44 percent, from Rs 95,549 crore to Rs 1.3 lakh crore.

Gunjan Krishna, state industries commissioner, stated that the pandemic hasn't stopped them, and they have been engaging with foreign firms daily. There have been rigorous efforts to keep Karnataka an attracting eye of foreign funds. A lot has been done, and a lot needs to do.

Karnataka's financial year finished with Rs 70,645 crore, increasing all bar the first quarter (April-June 2020), which coincided with a nationwide lockdown that brought all economic operations to a halt. Despite the lockdown, the state has attracted the most fund in the country of around Rs. 10,254 crores. But, it was a little less if compared to the nearest quarter, i.e., January- march 2020.

The state has reported a growth in the next three quarters. FDI increased by 22% in the January-March quarter compared to the previous quarter (Oct-Dec 2020).