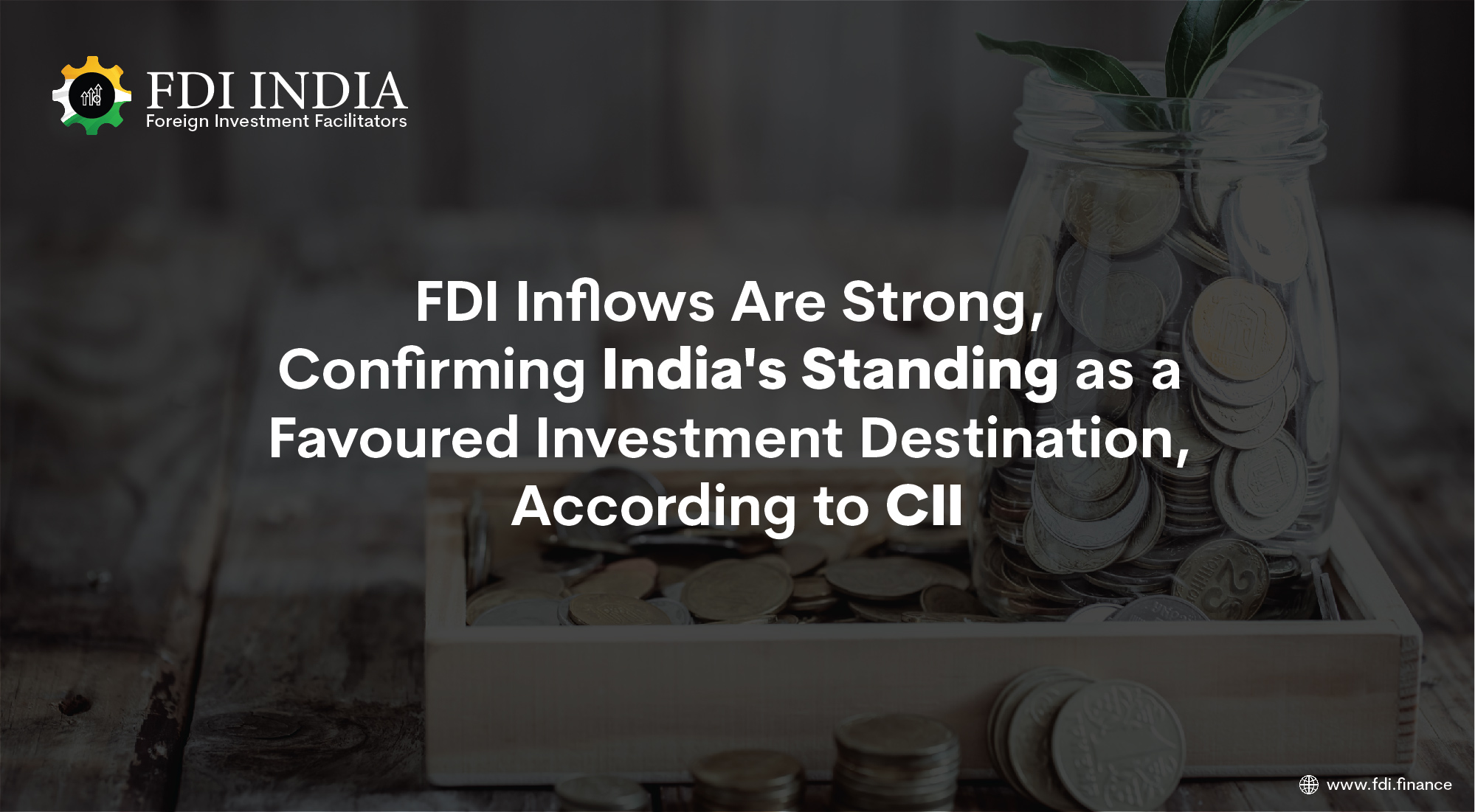 FDI Inflows Are Strong, Confirming India's Standing as a Favoured Investment Destination, According to CII

FDI Inflows Are Strong, Confirming India's Standing as a Favoured Investment Destination, According to CII

According to the industry chamber CII, India's standing as a favored investment destination among global investors is backed up by a healthy FDI flow into the country. In 2020-21, foreign direct investments (FDI) into the country increased by 19% to USD 59.64 billion. During the past fiscal year, total FDI, which includes equity, re-invested earnings, and capital, increased by 10% to USD 81.72 billion, the highest level ever.

Despite a difficult start to the year, the solid performance of FDI flows confirms India's standing as a favored investment destination among global investors, according to the report.

Last year, the government continued its push to maintain reform momentum by announcing substantial policy initiatives in liberalizing FDI norms in a broader range of sectors and streamlining ease-of-doing-business changes. It went on to say that this, among other things, has reaffirmed global investors' faith in India's growth story. "This would undoubtedly aid in the economy's quick recovery from the pandemic-induced downturn we observed previous fiscal year," it stated.