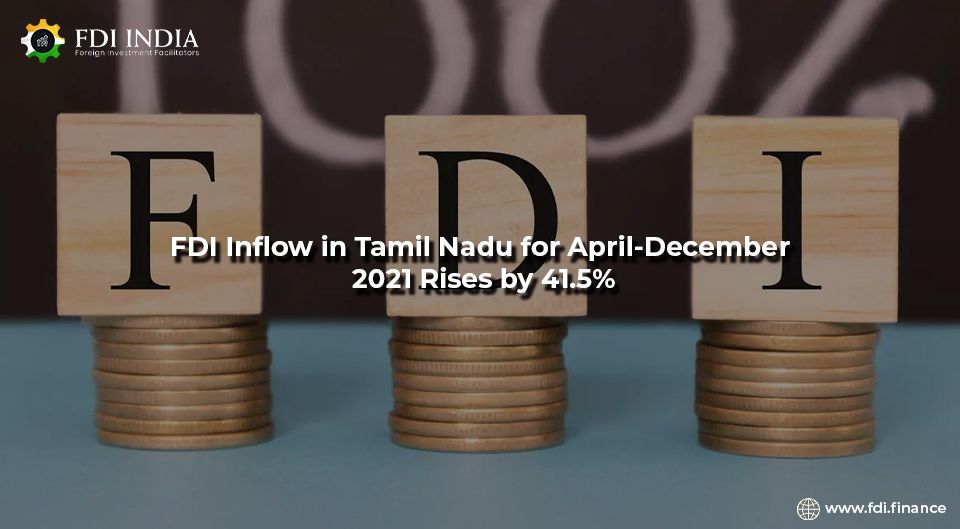 Foreign direct investment (FDI) in Tamil Nadu saw a growth of 41.5 percent to reach $2.4 billion between April and December of FY22 from $1.7 billion during the corresponding period in the previous financial year.

The October-December 2021 quarter saw 53 percent of the total inflow between April and December of the same year.

As per the data released by the Department for Promotion of Industry and Internal Trade (DPIIT), Tamil Nadu is the fifth largest destination for FDI in India. The state’s share increased to 5 percent from 4 percent.

Pooja Kulkarni, MD and CEO of Guidance Tamil Nadu, the nodal agency for investment promotion in the state, said earlier this year that the primary sectors that attracted FDI were construction, manufacturing, financial services, retail and IT.

She added that the agency is undertaking initiatives such as attracting big players across different sectors and setting up country-specific desks, which will help in the development of upstream and downstream industry links.

Chief Minister M. K. Stalin addressed the investors in the UAE and mentioned that despite the COVID-19 situation, Tamil Nadu had signed 124 Memoranda of Understanding (MoU) for a proposed investment of $8 billion, generating employment opportunities for nearly 2 lakh people.

According to data shared in the Lok Sabha by Union Minister of State for Commerce and Industry Som Parkash, Tamil Nadu received an estimated $3.02 billion in foreign direct investment in 2021.

The growth in Tamil Nadu’s investment inflow came despite the decline in India’s overall FDI inflow, he further added.