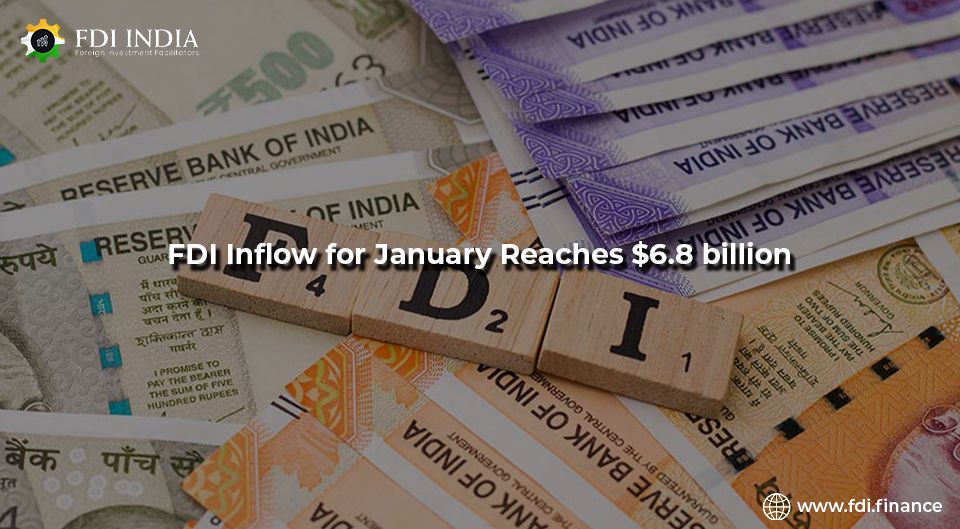 As per the released RBI data, India’s foreign direct investment (FDI) has multiplied to $6.8 billion in the month of January. Furthermore, the FDI inflow for the period between April and January this financial year is estimated at $45 billion.

FDI inflow for the corresponding period last year was $51.1 billion. This shows a fall of close to 12 percent in the FDI inflows.

The Reserve Bank of India (RBI) also stressed on the FDI out of India, which increased by 63 percent to reach $13.5 billion, resulting in a significant reduction in net FDI.

According to government sources, the net overseas direct investment is expected to be lower by 26.4 percent to $31.5 billion. Although the FDI inflows in the current year are stable and promising, last year witnessed a massive jump due to the deals between Reliance Jio and giants like Google and Facebook.

During April-November 2021-22, India received a total foreign investment of $54.1 billion as compared to $81.97 billion for the corresponding period in the previous year. The total FDI includes equity inflows, reinvested earnings and other capital.

Commerce and Industry Minister Piyush Goyal said in a written reply in the Lok Sabha that FDI inflows are instrumental in boosting domestic capital and helping promote industrial development and generating employment across several sectors and industries.

In the last five fiscals, India has witnessed a cumulative FDI inflow of $339.55 billion.