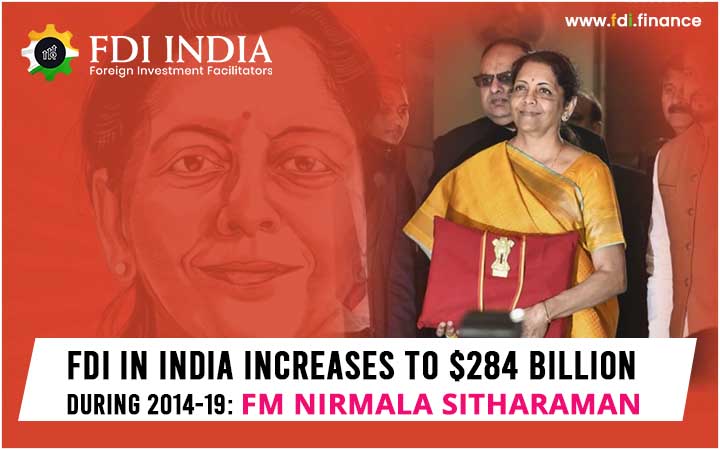 On Saturday, while presenting her second Union Budget for her term, Finance Minister Nirmala Sitharaman said that foreign direct investment or FDI in India has risen to USD 284 billion during the years 2014-19.

During the first half of the current financial year, FDI equity inflows into the country increased to 15 per cent to USD 26 billion.

The sectors of the Indian economy that attracted maximum foreign direct investment inflows include services, computer software and hardware, telecommunications, automobile and trading.

In the first half of the financial year, Singapore continued to be the largest source of foreign direct investment in India with investments amounting to a total of USD 8 billion. This figure was followed by Mauritius, the United States, the Netherlands, and Japan.

FDI is a critical source of economic growth in the country. It has a direct positive impact on domestic capital, productivity, and employment. This is the reason why it has become an indispensable tool for initiating economic growth for countries.