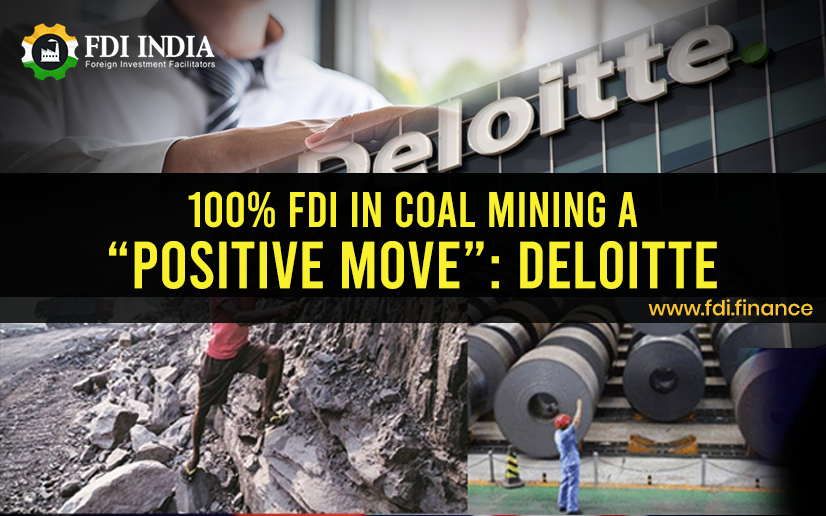 Talking about coal mining, as per the new reform, India permitted 100 per cent foreign direct investment in the sector. This decision by the government has been called a "positive move" by a Deloitte official. The official said that this move is a good policy enabler towards the country's long-term ambition of achieving 300 million tonnes of steel per annum.

Global leader for Mining and Metal, Deloitte, Andrew Swart told PTI, "I think it is a positive move on the part of the government... The global macro-economic environment is softening and it is a step in the right direction".

After this move was proposed by Finance Minister Nirmala Sithraman in her maiden budget, the government sanctioned 100 per cent foreign direct investment in coal mining and contract manufacturing.

"You get a real opportunity to bring in technical skills in the exploitation of these particular deposits and that where a lot of international players can add a lot of value to the sector" Swart added.

He also said that this would provide an opportunity to the country to advance in the competiveness of India's mining sector.

Swart also emphasized on India being an important base of resources and said that this makes it an attractive place for mining companies at the global level to invest.

"There is lot of global uncertainty around the trade and that is weighing on consumer confidence all around the world. There are a lot of stable geographies such as India which has got large resources which are yet to be exploited...There are many global companies which are looking for opportunities as they look for security of supplies" Swart further said.

On being asked if foreign direct investment in coal mining will help in increasing the efficiencies of domestic coal companies, he answered that any foreign investment does a couple of key things, including raising the level of competition.