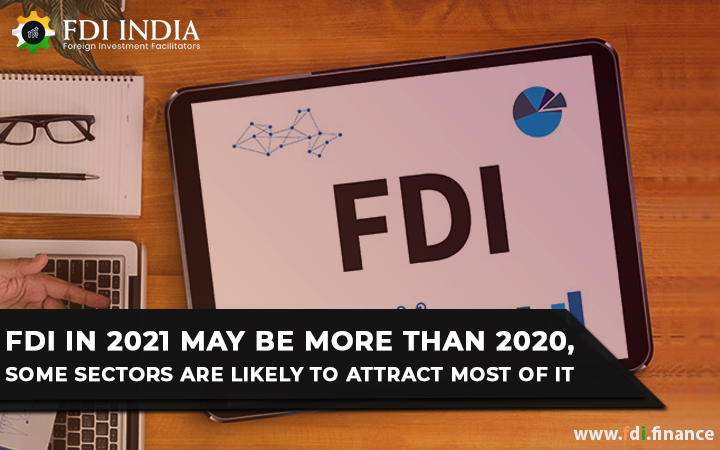 In the first half of FY21, India has earned around $30 billion in foreign direct investment funds, which is a 15% rise over the same period last year, while the FDI inflow of CY20 in January-September was about $43.5 billion.

In the duration from July to September, or the second quarter of FY 21, 80 percent of inflows in the $30 billion is evident, provided that the COVID-19 crises and lock-down steps triggered devastation in Q1FY21.

International direct investment inflows to India have reached $500 billion during April to September 2020, according to details released by the department of Industry Promotion and Internal Trade.

"The continuity in receipt of FDI inflows is reflection of the firm belief by global investors that India will lead as one of the major growth engine of Asia's recovery coupled with steady state of market reforms which the country has taken since 2000 which includes opening up of various sectors of the economy to 100 percent FDI over last few years," Ajit Banerjee, Chief Investment Officer at Shriram Life Insurance.

It was followed by computer and hardware goods, telecoms, commerce, manufacturing, vehicle, chemicals and pharmaceuticals, as a primary FDI recipient in 2020.

The maximum FDI of Rs 1.52.056 crore and Rs 47,265 crore respectively during CY20 was awarded to Reliance Jio and Reliance Retail Ventures.

Experts mainly think that utilities, IT, telecommunications, and chemicals will draw more FDI in 2021. Besides, flow can also be taken into the Pharma and Automobile market.

"Apart from the services sector, the Finance Minister is expected to keep foreign investment as a key priority in the 'Make in India' initiative, especially in sectors/companies in the areas of manufacturing, electronics and automobiles," Unmesh Kulkarni, Managing Director Senior Advisor at Julius Baer India said.

Ajit Banerjee claims that FDI inflows in 2021, along with organized retail and affordable housing, are also projected to continue in current sectors.

Experts are expected to easily cross the FDI flow of $50 billion by 2021 given the emphasis of the government on making India a development hub, especially after COVID-19. Sentiment against China also gave a bigger chance to attract funds.

"This number will keep growing from here-on, as post COVID-19; the entire world has anti-China sentiment, which will be favourable for Indian economy in the ongoing decade of 2030. In my personal view in FY2021-22, we have record inflow of FDI, which may be $50 billion or above," Amit Jain, Chief Strategist - Global Asset Class at Ashika Group told Moneycontrol.

"The call for attracting FDI flows has been sounded out from the very top, with the Prime Minister himself making a strong pitch to foreign companies to take advantage of the stable tax regime and attractive FDI policies in India, as well as positioning India as a hub for global manufacturing, in the aftermath of the pandemic," he reasoned.

India is projected to draw much higher inflows due to different factors – China plus one policy, strengthened global liquidity, higher security FDI, and numerous sectors which have a production-related opportunity (PLI), he said. He added.

World's leading names in smartphone Samsung and Apple have already begun their development plant in India (through its contract manufacturer - Foxconn, Wistron, Pegatron).

The income per capita of Shailendra Kumar is projected to reach $3,000 by FY24, which will trigger the next round of market boom. In India, there was a mini consumption boom after 2013 when a crucial $1,500 threshold of income was reached per capita.