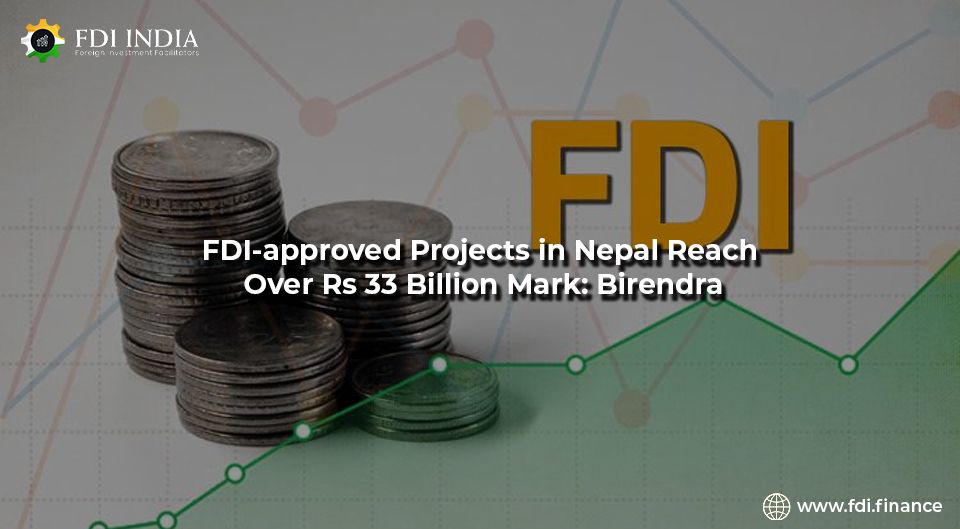 According to the Department of Industry, more than $24 billion has been committed to foreign direct investment in Nepal. This is excellent news as it means that the country has gained enough trust from local and international companies.

The government has given permission for a record-breaking amount of FDI in the last year compared to the year before. They have authorized 155 new business investments totaling more than Rs 7.28 billion for the financial year 2016-2017. The Department of Industry has stated that it is receiving record levels of Foreign Direct Investment (FDI) and hopes that this trend will continue throughout 2017 as well.

The government is working hard to encourage new foreign investment. The latest data shows that more money has come into the country than ever before, with 155 FDI projects approved this fiscal year alone which have created 21,623 jobs.

According to statistics provided by the Department of Industry and General Administration, a total foreign investment worth about Rs 398 billion has been approved in Nepal so far. Although the amount foreign investors want to invest in this country has been steadily increasing for the past few years, 2017 saw a significant dip from figures recorded in 2015 and 2016. Foreign investment commitments have been rising again this year.

Nepal has been legally allowing foreign direct investment since 1981 when it enacted the Foreign Investment and Technology Transfer Act of 1981. Recently the country has made a concerted effort to create an investment-friendly environment by attracting foreign investors. The government hopes to attract more foreign investors, in part by lowering the minimum threshold on such investments.

The foreign investment limit at the FITTA trade expo 2019 has been capped at Rs 50 million. According to the current multi-investment system, which is being criticized as unattractive, a government-formed study committee under Director-General of the Department of Industry Ram Chandra Tiwari will review and revise the investment level in order to make it more attractive to investors.