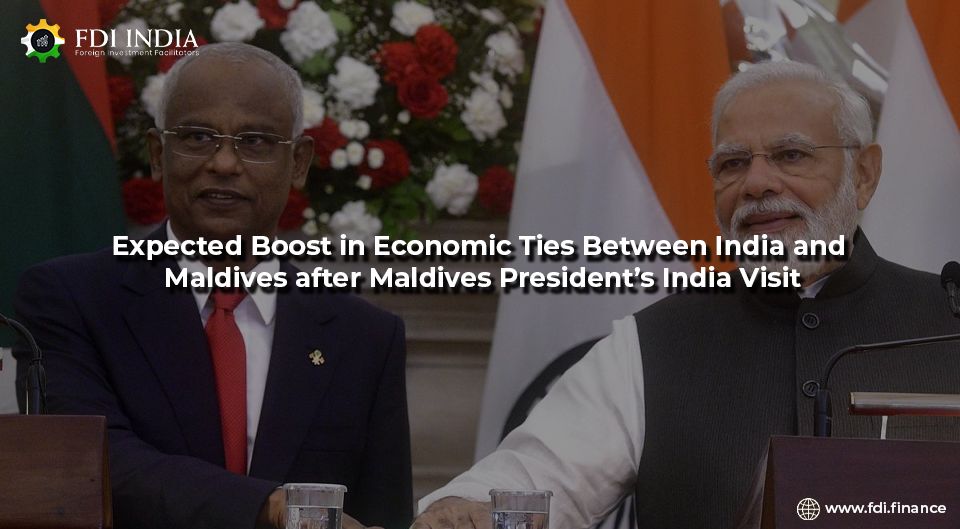 Maldives President Ibrahim Solih’s visit to India is being closely watched by everyone in the Indian subcontinent region as the two nations look to build more robust bilateral economic ties. The country, mainly run by tourism, is strategically located and is highly crucial to India’s maritime security. This visit comes at an opportune time when geopolitical threats are rising in the region.

Maldives is witnessing a steady drop in the foreign direct investment (FDI) inflow. Keeping that in mind, the country is looking to get Indian companies to set up or expand businesses in line with the nation’s “India First” policy. At the moment, India is the largest foreign investor in Maldives. However, China’s investments are rising, particularly because of the Belt and Road Initiative, which has caught many policymakers' attention.

The Georgetown Journal of International Affairs has stated that by 2018, China had completed a significant upgrade at the Maldives’s main international airport, an upgrade that included a new 3,400-meter runway. They also constructed a new bridge that linked Male to the island of Hulhumale. However, this resulted in a surge in the debt levels of the island nation.

Solih withdrew from the trade deal with Beijing after coming into office in 2018. Afterward, India also offered the Maldives $1.4 billion to help them pay back pending loans and provide financial assistance with community development projects.

In 2021, India and Maldives signed a contract to develop the Greater Male Connectivity Project (GMCP), which is the largest infrastructure undertaking in the country. The agreement involved a $100 million grant from India along with a credit line worth $400 million. The project consists of constructing a 6.74 km long bridge and causeway link that will connect Male with its adjacent islands.

India is also one of the major contributors to Maldives’s tourism industry. As per the data furnished by the Maldives’s Ministry of Tourism, over 291,700 Indian tourists visited the country in 2021, which was 22 percent of the total market share. The second largest share was that of Russian tourists.

In May, India and Maldives completed an exercise focused on the critical hydrographic survey, which helps measure the ocean floor's depth and configuration. This helps formulate nautical charts and address other maritime issues.

The exercise is essential for both nations. While it is critical for the Maldives, it is also vital for India since it boosts military security for both countries, enhances economic development, and improves connectivity and navigational safety.