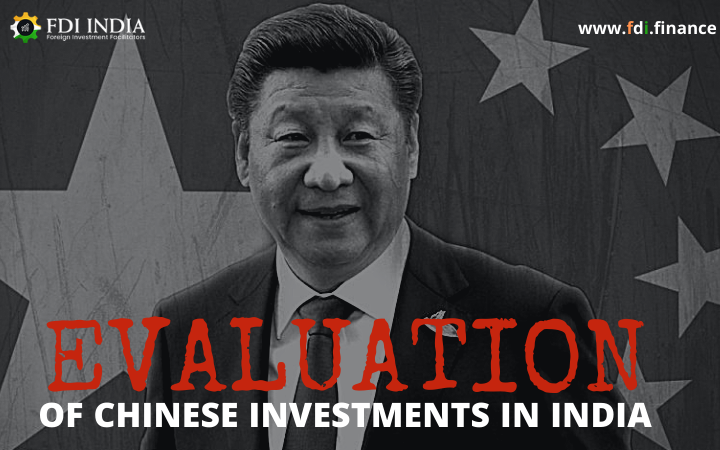 Evaluation of Chinese Investments in India

Evaluation of Chinese Investments in India

China has been rising as a strong economy from the 2008 global meltdown. China is gaining the status of becoming a global power as it has economical relations with every country.

There has been a reduction in the USA being the strongest economy due to the country’s measures on terror-cum-geostrategic wars in the Middle East and AfPak regions.

Around $2.34 billion is the amount of FDI which China has done in India in technology and infrastructure but this is not the only amount as per researchers as China has been investing in India through a rerouted way also.

It is said by think tanks that the actual amount of the investment that China has done in India is $6 billion-$ 8 billion.

Tourism is also a major sector in India and from China; India gets further $550 million.

These investors have invested heavily in the Indian Startup market over the years and the Indian startups depend on them for capital fundings.

All of the major Indian Startups such as Paytm, Ola, Snapdeal, and Swiggy have Chinese investments amounting to huge figures.

The amount of Chinese investments is quite huge and it is extremely deep-rooted in India. There is a major dominance of China in the smartphone market of India with Xiaomi and Vivo having the biggest share and popularity.

China has been enjoying the benefits of bilateral trade and India has a very long way to go in order to gain the fruits of it in the true sense.

There has been a stark increase in the Indo-China trade of merchandise to $95.54 billion which was earlier only $3 billion.

Chinese dominance in the Indian economy is said to be increased with 5G as India has given them permission to Huawei for conducting the 5G trials and that too India has done against the recommendations of the USA and few European countries.

5G is going to be the next big thing in technology and it will be the basis of business, this might make the Government of India rethink the resolution that it has taken against India due to the border clash.