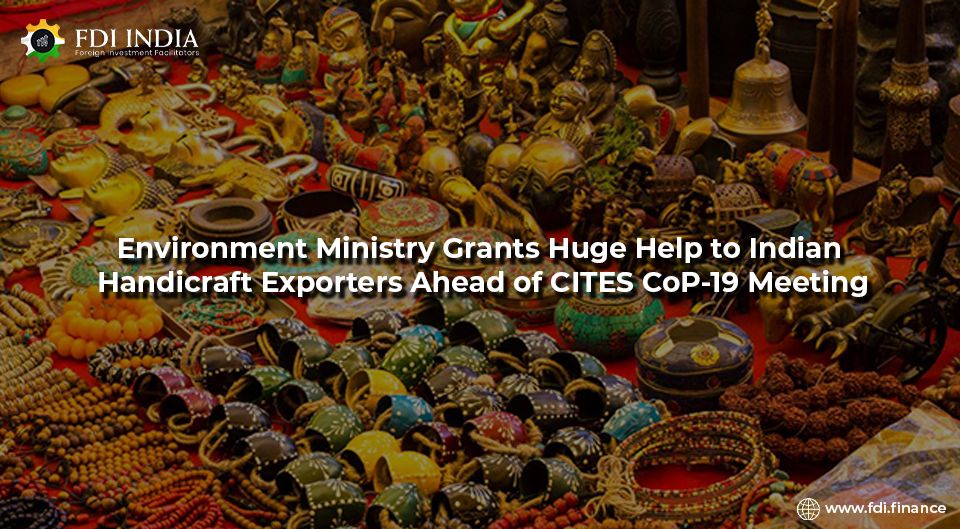 The ministry of environment, Forest and climate change states in a new statement that any number of Dalbergia Sissoo timber-based items can be exported as a single consignment in a shipment without any permits from CITES. If the weight of each individual item of those consignments is below 10Kg.

The net weight of each item would only include the weight of the wood or timber used in its production; any weight on the accounts of metal use or use of any other materials would be ignored. The statement comes as a massive relief for the Indian artisans and furniture industry.

According to the official statement of the ministry of environment, Forest and Climate change, shisham is included in Appendix II of the convention hence being stipulated to follow CTES regulation for the trade of the species.

Due to these regulations, every consignment of exports weighing above 10Kg requires a CITES permit. The CITES permit has, of late, become a restriction in the way of business and exports of furniture and handicrafts made from Dalbergia Sissoo, leading to a continuous fall in the exports. From an estimated 1000 crore Indian rupees per anum before the listing to 500 to 600 crore Indian rupees per anum after the listing.

The decline in exports has seemingly impacted the livelihoods of about 50,000 artisans who work with the species, according to the media reports.

"On India's initiative, a proposal to clarify the quantity of Shisham (Dalbergia sissoo) items such as furniture and artefacts was considered in the current meeting. After sustained deliberations by Indian representatives, it was agreed upon that any number of Dalbergia sissoo timber-based items can be exported as a single consignment in a shipment without CITES permits if the weight of each individual item of this consignment is less than 10 kg" ANI quoted the ministry as saying.

It was in the 17th  meeting of the conference of parties in Johannesburg, South Africa, in 2016 that all species of Genus Dalbergia were included in Appendix II of the convention, thereby requiring all trade of species, including Genus Dalbergia, to follow CITES regulations. While the scenario for India is different than that of the worldwide scene, the species is found in abundance in India and hence is increasingly used for production.

Due to the absence of a precise technology for distinguishing the finished wood, the COP did not agree to de-list the species from the CITES appendix. However, the relief that has been provided in terms of the weight of each item would solve the issues regarding the falling exports faced by the Indian artisan communities to a great extent while at the same time boosting exports of articles produced by them.

The help that has been initiated towards the falling market of shisham-made products in the international market as well as the domestic market. Also, the artisans who have been experiencing difficulties due to the challenges would also be helped along with better compensation. Moreover, the help focused towards providing the shisham exporters would help in giving the market the push it needs.