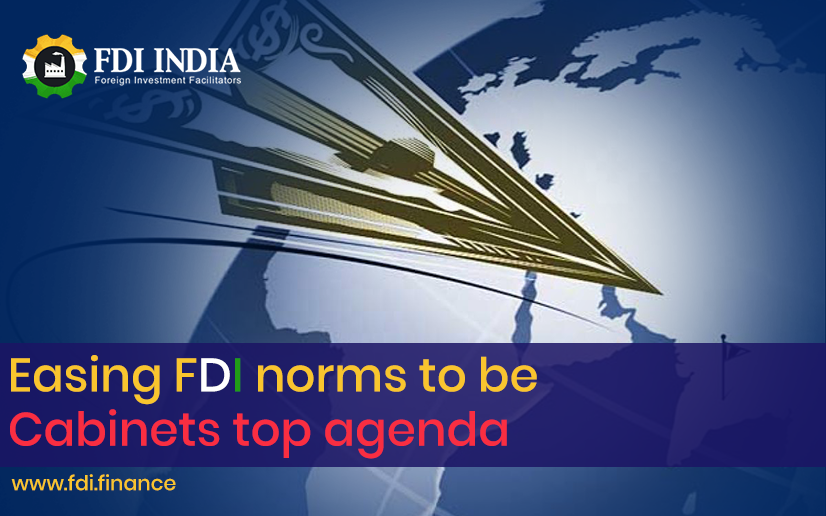 In its meeting this week the cabinet may consider to further relax foreign direct investment norms and rules across several key-sectors like single-brand retail, contract manufacturing, coal mining, digital media in order to boost overseas investment in the country.

In its budget for the year 2019, the government had hinted to ease foreign direct investment (FDI) norms in a number of sectors with the aim of attracting overseas investment to facilitate economic development, which has witnessed a dip in 5 years due to various factors including lack of private investment.

Finance Minister Nirmala Sitharaman in her maiden budget speech has said that the government is looking to open up foreign direct investment in various sectors like aviation, media (aviation, AVGC), and insurance sectors in consultation with stakeholders. She also added that 100 per cent FDI will be allowed for intermediaries and local sourcing norms would be eased for FDI in single-brand retail sector.

The cabinet may approve a proposal to permit 100 per cent FDI in contract manufacturing in its meeting. As of now, 100 per cent foreign direct investment is allowed in the manufacturing sector under the automatic route for approval. Apart from this, manufacturers are also allowed to sell products manufactured in India through wholesale and retail channels, including the e-commerce route without the government’s approval.

Foreign direct investment equity inflows into the country dipped for the first time in six years for the previous fiscal year to 44.4 billion dollars from 44.8 billion dollars. The government has faced criticism for slower growth rate and is now taking steps to reverse this slowdown.

The Central Statistics Office is expected to announce the April-June quarter GDP growth data on Friday, which is expected to signal a fresh slowdown in the economy.