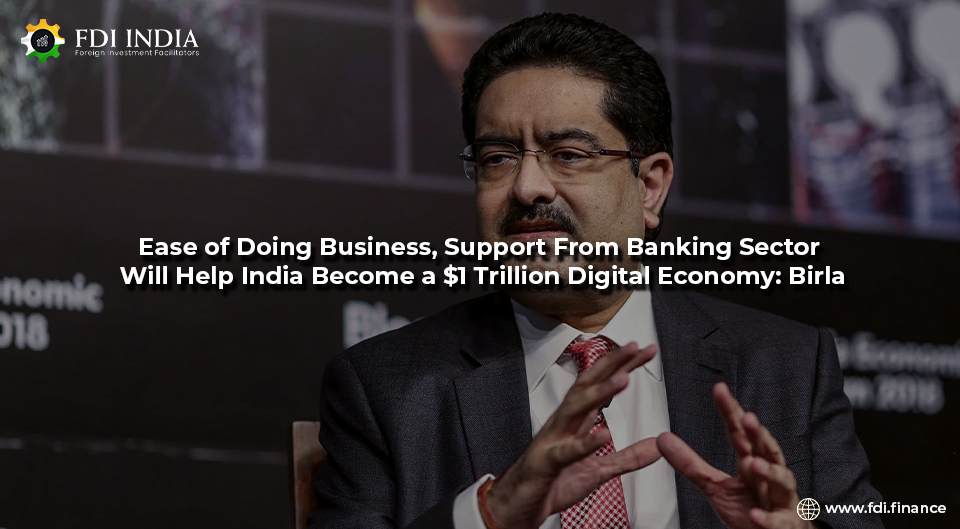 Addressing the India Mobile Congress Event, Aditya Birla Group Chairman Kumar Mangalam Birla said that the introduction of new policies by the government to improve the business environment, complemented by the banking sector’s support would help India transform into a $1 trillion digital economy.

“Over the past few months, the government has made some critical policy interventions in this direction. Further steps in ease of doing business and support from the banking sector will significantly enhance the sector strength and ensure that India remains at the cutting-edge of global technology trends,” he said.

He added that the telecom sector will be a noteworthy contributor to India’s vision for a $5 trillion economy by 2025, by being a part of the $1 trillion contribution from the digital economy.

He also said that mobile internet has fueled the rise of many entrepreneurs. India has the second-largest telecom market in the world.

“The sector has also witnessed the highest FDI flows in the last two decades. This mammoth investment is serving the mobility needs of over a billion Indians across five lakh villages. More significantly, despite these substantial investments, Indian telecom tariffs for voice and data remain the lowest in the world,” Mr. Birla said.

India’s telecom sector is the third-largest sector in terms of FDI inflows, with 7.1% of the total foreign investment being funneled into this segment.

He stressed on the latest wave of startups being backed by favorable government policies and mentioned that India has already produced 38 unicorns this year so far.

“The tremendous impact of the telecom sector was seen during the pandemic, as uninterrupted telecom services not only kept the nation connected but also enabled an unprecedented digital transition of the economy. This is seen in the dramatic shift to digital payments and even in the increased adoption of telemedicine,” he noted.

He stated that India’s policies for the digital communications sector provide huge incentives for harnessing modern technologies like artificial intelligence, robotics, the internet of things, cloud computing and blockchain.