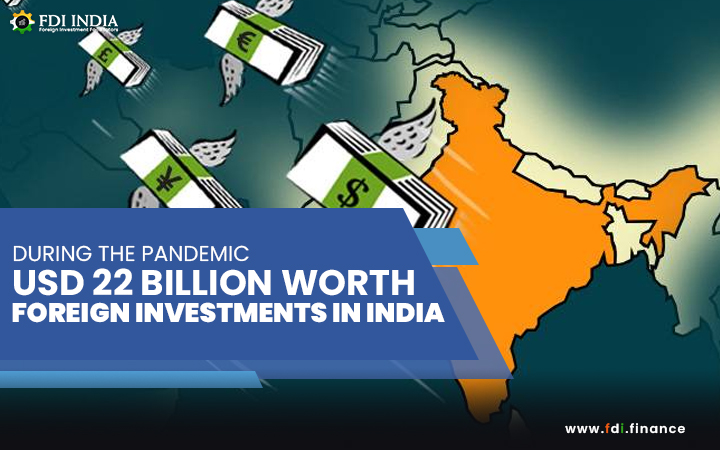 During The Pandemic USD 22 billion Worth Foreign Investments in India

During The Pandemic USD 22 billion Worth Foreign Investments in India

The FDI policy of India is very investor-friendly and even in the pandemic, the country was able to successfully attract over USD 22 billion of foreign direct investments as told by Niti Aayog CEO Amitabh Kant.

He further added that through the automatic route 90% of the investments came to the country.

Niti Aayog CEO Amitabh Kant said at CII’s "[email protected]" virtual event, "Our FDI regime is the most liberal in the world.

We have continued to attract huge amounts of investments. During the pandemic itself, India attracted over 22 billion worth of direct investments into India". He also informed that India's spot has increased of about 79 positions in World Bank’s ease of doing business.

He said "Our hope is that this year we will get into top 50". Kant added that through programs like the aspirational district program India will be able to transform.

The aspirational district program was launched in January 2018 and it aims at transforming the 112 districts that not progress much in key social areas and emerged as pockets of under-development.