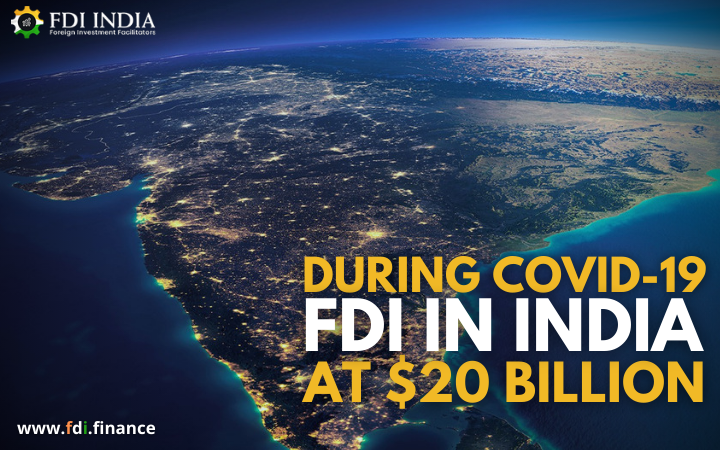 In the tough times of the pandemic, India has successfully received over USD 20 billion foreign direct investments as said by the Foreign Secretary Harsh Vardhan Shringla.

The figures showcase that India is one of the most attractive destinations for investments.

The Foreign Secretary addressed virtually a CII event that was taking place in the UK and he also highlighted the structural reforms that have taken place in the country. In the sectors that had been restricted earlier have been now opened for a greater private participation su8ch as space, defence, and atomic energy.

He further added that a roadmap is being developed to increase the relations between India and the UK in the next 10 years.

He said, "We see the UK as a key partner in Europe for a wide range of sectors including, trade, investments, defence, science, and technology. Prime Ministers Narendra Modi and Boris Johnson are committed to further strengthen our strategic partnership in the next decade, and a comprehensive roadmap for this is being formulated,”

The Foreign Secretary also said that India and the UK are in a unique position for the establishment of a “truly global partnership”. Also, invitations have been given to British companies for making investments in India so that they can take advantage of the various economic reforms that are taking place in India.

He said, “The government of Prime Minister Narendra Modi has launched several historic reforms to improve the ease of doing business in India in the last six years. Today, India is one of the most open economies in the world. We have put in place a transparent and predictable tax regime,”

“The success of the reforms launched by the Government is evident in the numbers. Even during the pandemic, we have received over USD 20 billion of FDI this year. While the global FDI declined by one percent in 2019, FDI into India rose by 20 percent in the same period,” he said.

The major announcements in India by the various global technology majors that have been announced are given as follows:

In terms of the India-UK economic partnership, the bilateral trade is on an upward trajectory and has reached 24 billion pounds in 2019. The list of foreign investor countries in India is in the 6th position and the total investments are USD 28.21 billion.

The Foreign Secretary said, “The COVID-19 pandemic has created severe economic challenges for both our countries. We can overcome these challenges by working together to create new opportunities for our business and industry,”

“Serum Institute of India is already working with the Oxford University-Astrazeneca on their vaccine project. I talked about the role played by India’s pharmaceutical sector in meeting the global demand for essential medicines during the pandemic,”

“We are certain that our companies will play a similar role in the development of an affordable vaccine for COVID-19,”