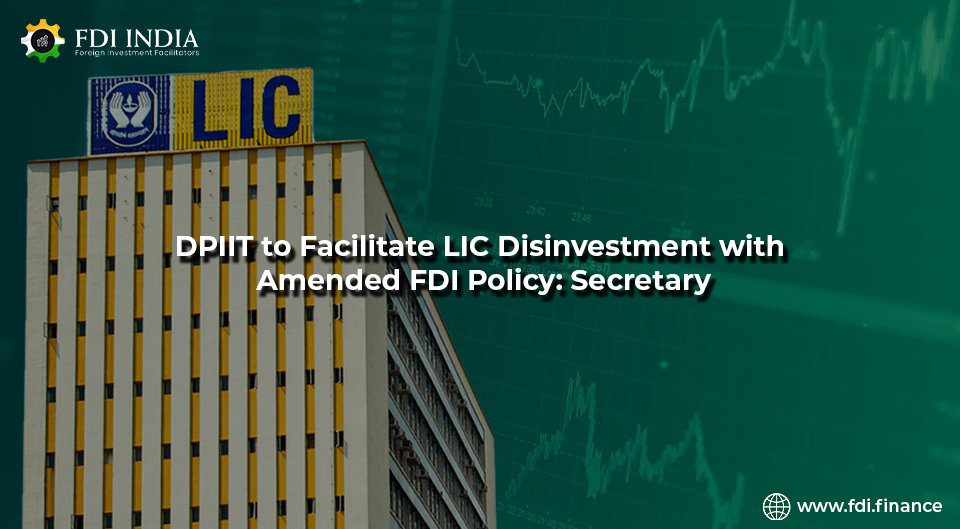 The disinvestment process will be implemented under a modified FDI policy, the details of which will be decided upon considering the inputs from the finance ministry.

“The way our FDI policy reads as of now, it will cause a lot of issues for prospective investors, due to which it would be difficult to proceed with the disinvestment. We have had rounds of discussion and now we are all on the same page. So, we are in the process of drafting those changes in the FDI policy. Once we get cabinet approval, it will be known to all,” said Jain in a virtual press briefing.

As per the current FDI policy, 74 percent FDI is allowed under the automatic route for the insurance sector. However, the Life Insurance Corporation of India (LIC) is not covered under this policy and is managed through a separate LIC Act.

Since the LIC Act has no provisions for foreign investments, amendments are needed to accommodate the proposed LIC IPO (initial public offer) under SEBI (Securities and Exchange Board of India) norms to allow foreign investments.

Srinagar to Soon Get a Landmark Shopping Mall by Emaar