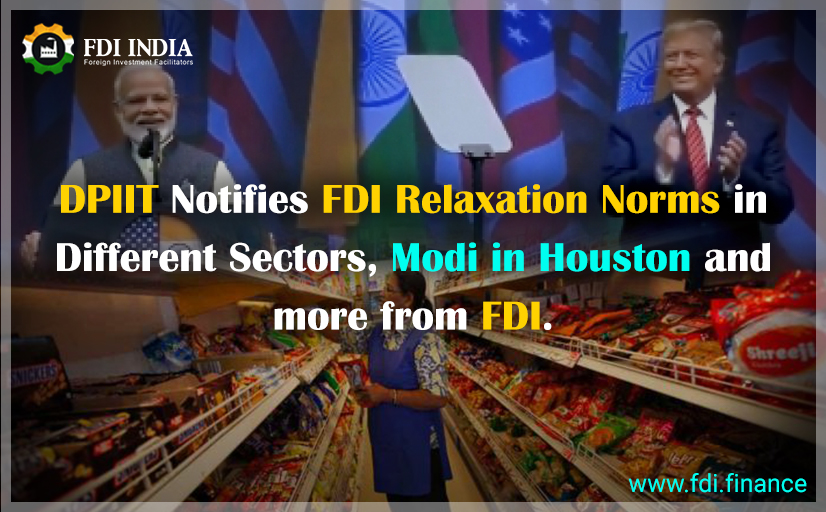 Under the commerce and industry ministry, DPIIT assesses, analyzes and, formulates strategies for industrial development. The DIPP monitors the industrial growth of the country and other industries coming under its jurisdiction. It is also responsible for the formulation of policies relating to Intellectual Property Rights in the field of Patents, Trademarks, Industrial design and Geographical Indications of Goods and administration of regulations.

The department further notified the decision to permit 26 per cent overseas investment in digital media. Apart from this, recently, the government allowed 100 per cent foreign direct investment in contact manufacturing and coal mining. Ung

Modi’s recent visit to Houston is being much talked about. There is a lot of speculation about the resulting outcome that may come out of the Prime Ministers meeting with US president Trump.

What does this mean for the foreign direct investment scenario for India? The Houston is especially about the bilateral US-India relationship. Can an announcement about a big foreign investment be on the cards for the two countries?

As reported by Economic Times, this will serve dual interests -- India will secure energy security, of oil or gas supplies, at fixed rates, for the long term. And, Trump, will be able to tout to his American audiences that his international trade policies have been effective, and that he has been able to bring in US$ x billions into the US economy -- from a rising economy like India.