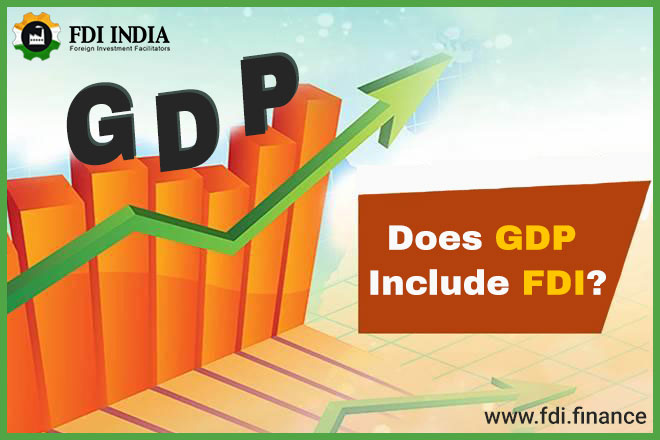 Does GDP Include FDI?

Does GDP Include FDI?

Apart from contributing to the economic growth through the means of monetary investments, overseas direct investments bring in managerial knowhow, new job opportunities, an inflow of new technology, tech expertise and also results in improved infrastructure.

There are two ways by which India gets foreign direct investment inflows:

Before starting with the pressing question of if FDI is included in the GDP of the country let us first give a brief description about GDP.

GDP or Gross Domestic Product is a monetary measure of the market value of all final goods and services produced within a specified time period, which is often annually.

Now, gross domestic product entails outlays on additions to fixed assets with net changes in the level of inventories, and foreign direct investment includes financing, more precisely investing in the business of a foreign country and having a lasting interest (10 per cent or more of the voting stock).

FDI is included in the gross domestic when the money that is invested will be spent to create economic activity to form physical capital.