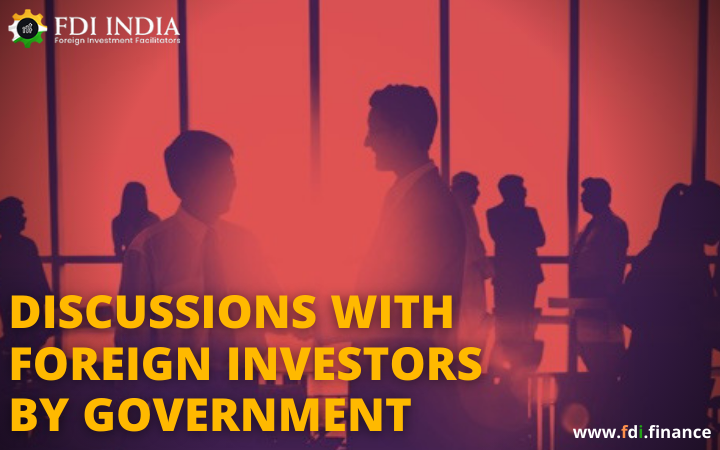 Discussions with Foreign Investors by Government

Discussions with Foreign Investors by Government

According to industry sources, the government has taken the inputs of bulge-bracket overseas funds on boosting dollar inflows with top North Block Officials leveraging technology for digitally reaching out to key offshore financiers and custodian’s banks in June.

A person with direct knowledge of the matter said "The discussions were around how to bring sustainable foreign capital into India amid global volatility". "Any improvements to the existing foreign investment norms would be welcomed by the industry since that will improve investor confidence."

In the first part of the year, India had steep dollar outflows that led to the top-level discussions.

According to the data in depositories, overseas investors have net sold domestic equities and debt worth 1.1 lakh crore during 2020.

Different bank accounts are required to be opened by FPIs that want to invest via the FDI route. Discussions were done on the modalities required to include those securities as notified by the reserve.

India wants to get included in the global bond indices to get at least $20-30 billion worth of funds into Indian debt securities. The only thing that has prevented India's inclusion in the league is the limit that the country places on the purchase of bonds by foreign investors.

These indices have only those counties that have few or no restrictions on buying and selling. The bonds in which the FPIs will be able to buy without any limits are the FAR bonds that were launched by the government in March.

From FY21, the government securities of 5 years, 10 years, and 30-year tenor are placed in the FAR list.

An industry expert said, "The only hurdle now is capital gains tax and it was discussed if the government could levy some alternative transactional tax for FPIs instead of capital gains."

"That would take our debt securities one step closer to being listed on global indices."

Allowance of the participation of NRIs was also discussed in the government meetings.

Two years have passed since the government had raised a proposal to allow the NRIs for investment in Indian markets through the FPI route.

Due to the different regulatory concerns raised by the RBI, this proposal is yet to be implemented.

In the new FPI regime, the foreign individuals can invest in the Indian markets through the FPI route but the individual NRIs have to go through the Portfolio Investment Scheme (PIS) route laid by the RBI.