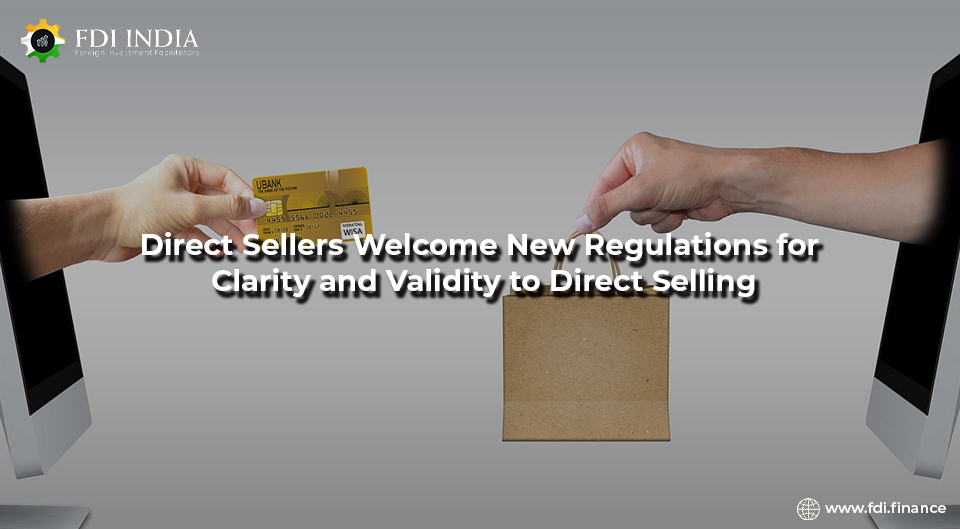 The Central government has proposed bring new rules for the direct selling industry that would validate the segment and bring more transparency, said representatives of various direct selling companies.

The move was welcomed by the Indian Direct Selling Association (IDSA), which has members such as Amway, Oriflame, Modicare and Avon, among others. The association stated that the new regulations would incentivize the sector, which currently employs 70 lakh people, with more than 50 percent of the total workforce being women.

“We welcome the new rules. We have been providing our inputs to the government for the past two years. We support the new rules wholeheartedly,” said Rajat Banerji, Chairman, IDSA.

Industry representatives also highlighted the importance of the new guidelines in attracting more FDI and the latest technological developments in upcoming years.

He added that in the coming time, the industry could expect higher foreign direct investment (FDI), latest technologies and deliver more competitive products in the Indian market.

“We believe clarity and consistency of policies are imperative for the growth of the direct selling industry and hence we have been engaging closely with key stakeholders,” said Amway India CEO Anshu Budhraja.

He applauded the endeavors by the Government of India, especially that of the Ministry of Consumer Affairs, considering the proposed regulations a ‘significant milestone’ for the whole industry, which will safeguard consumer interests and also that of direct sellers.

The government announced the Consumer Protection (Direct Selling) Rules, 2021. These were notified by the Consumer Affairs Ministry and require compliance from both direct selling agencies and direct sellers using e-commerce avenues.

The new regulations require state governments to set up a system to oversee the activities of direct sellers and direct selling agencies.