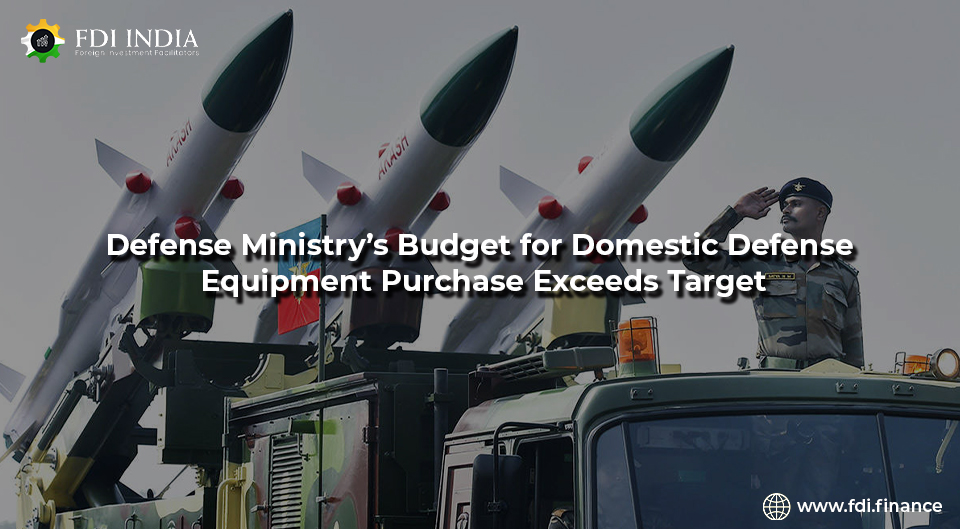 In a major boost to the country's defense industry, the Ministry of Defense exceeded its target of spending 64% of its modernization budget on domestic companies.

“At the end of FY 2021-22, the MoD has been able to overachieve this target and has utilized 65.50 percent of the Capital Acquisition Budget on indigenous procurements through Indian Industry to achieve Prime Minister Narendra Modi’s vision of ‘Aatmanirbhar Bharat’,” an official statement from the Defense Ministry said.

In a bid to promote Make-in-India in the defense sector, the Ministry of Defense has been sourcing equipment for defense requirements from Indian manufacturers and not allowing foreign vendors to provide equipment for the defense needs of our armed forces only. It is important to note that India spends more than 2 lakh crores on different acquisitions of arms and ammunition each year. Earlier most of the weapons were imported but the situation changed in the last few years.

In May 2020, the Center increased the cap on foreign direct investment (FDI) in the defense sector from 49 percent to 74 percent under the automatic route.

Interestingly, India is one of the world's largest importers of arms. According to estimates, the Indian defense forces are projected to spend around $130 billion on procurement in the next five years. Maintaining this motto, the Indian government now wants to reduce dependence on imported military platforms and has decided to support domestic defense manufacturing.