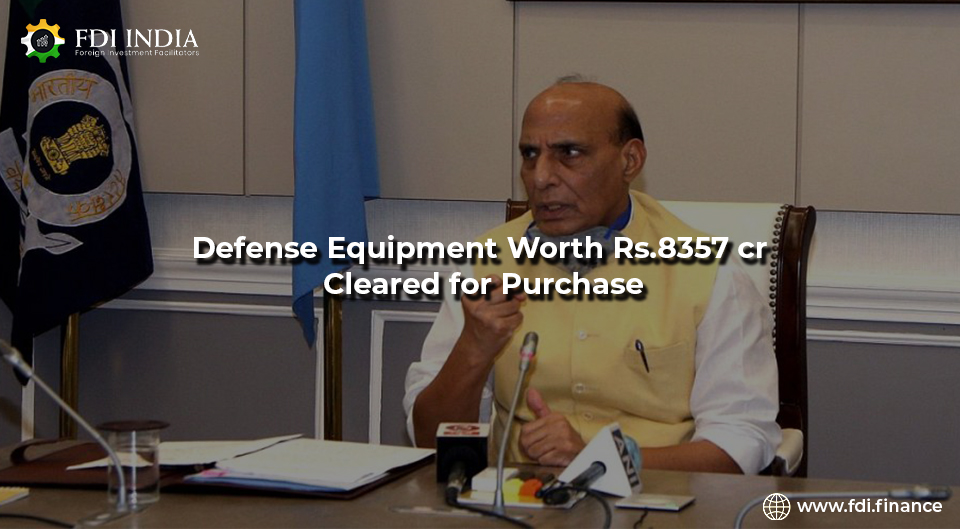 The DAC also approved a proposal to allow foreign direct investment (FDI) up to 100% in defense manufacturing under the automatic route subject to certain conditions and laid down guidelines to ensure that Indian companies have the edge over their foreign competitors.

The hardware will be sourced indigenously, the defense ministry said in a statement.

The DAC, headed by defense minister Rajnath Singh, accorded its acceptance of necessity (AoN) for equipment including the GSAT-7B satellite for the army, air defense fire control radars, light vehicles, and image intensifiers, the officials said. Under India's defense procurement rules, AoN by the council is the first step towards buying military hardware.

The GSAT-7 series of advanced satellites built by the Indian Space Research Organization (ISRO) is designed to provide communication capabilities to users over vast expanses, including oceans. The navy has its own GSAT-7 satellite.

The Cabinet Committee on Security (CCS) has given approval for the purchase of defense equipment worth Rs. 8357 crore from foreign companies under the 'Buy and Make (Indian)' category, a government release said on Friday. The CCS approval was given at its meeting held in New Delhi, chaired by Prime Minister Narendra Modi.

"The need for indigenization is being felt like never before on the back of the Russia-Ukraine crisis, which could disrupt supply chains and have a bearing on India's defense needs," he added.

The government has approved the purchase of defense equipment worth Rs. 8357 crore from foreign companies, in a bid to boost India's military capabilities and keep pace with China's modernization drive.

NagaEd Becomes the First Company from Nagaland to Procure FDI