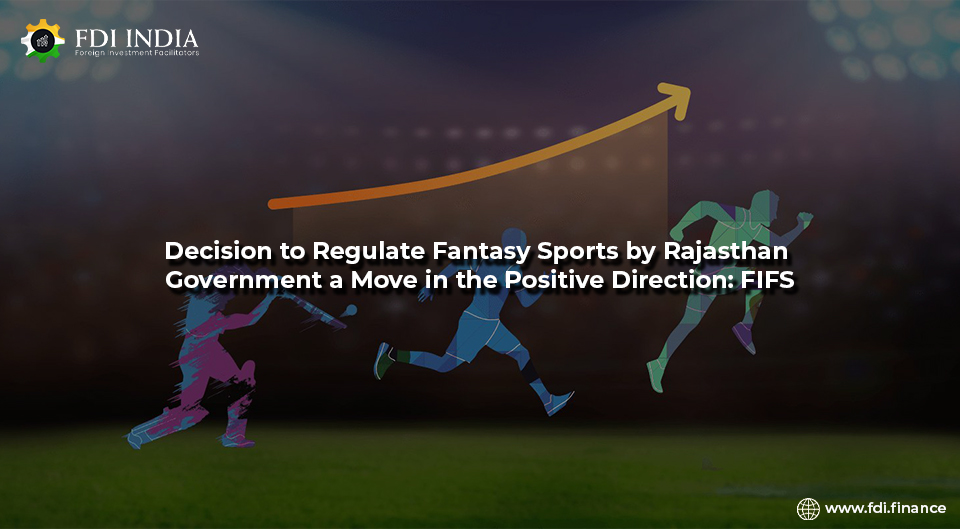 Ashok Gehlot, Chief Minister of Rajasthan, has announced that the Rajasthan government is looking to regulate the online skill gaming sector. The move has been applauded by the Federation of Indian Fantasy Sports (FIFS) as a significant step in recognition of the online gaming industry.

A while ago, Prime Minister Narendra Modi had also mentioned the rising potential of the skill-based gaming industry. The industry received further support from the government as Finance Minister Nirmala Sitharaman announced the formation of the AVGC (animation, visual effects, gaming, and comic) task force in this year’s Budget.

“The decision of the Rajasthan Government to regulate skill-based gaming comes only days after the Karnataka High Court’s judgment to strike down the Act banning games of skill. We, at FIFS, are constantly working in tandem with our members and advisory board to cater to the industry’s robust growth,” said Anwar Shirpurwala, CEO, FIFS.

“The announcement by Hon. CM comes as a vital step in recognizing and validating our efforts. Welcoming the decision with open arms, we are rooting for the industry to grow to its maximum potential,” he added.

The sector has come to light as one of the highest revenue-generating industries in India. The fantasy sports industry has the potential to generate over 12,000 more employment opportunities for skilled people in three years, with a probability to attract over Rs. 15,000 in foreign direct investment (FDI).

Fantasy sports can contribute more than Rs. 13,500 crores in taxes to the government as the Supreme Court had upheld the validity of online fantasy sports in a judgment passed on July 30, 2021.

“In alignment with Hon’ble Prime Minister’s vision of ‘Atmanirbhar Bharat’, all the stakeholders in the sports technology industry can work in synergy to enable the sunrise sector to reach its true peak growth potential. This will provide a progressive ecosystem for existing companies and start-ups to flourish and create a pathway for Indian entrepreneurs to launch innovative sports tech platforms,” Mr. Anwar said.

“The industry is eagerly looking forward to 2022 to cater to the need for regulations through holistic policy guidelines for its long-term growth and sustainability to compete on a global scale,” he further added.