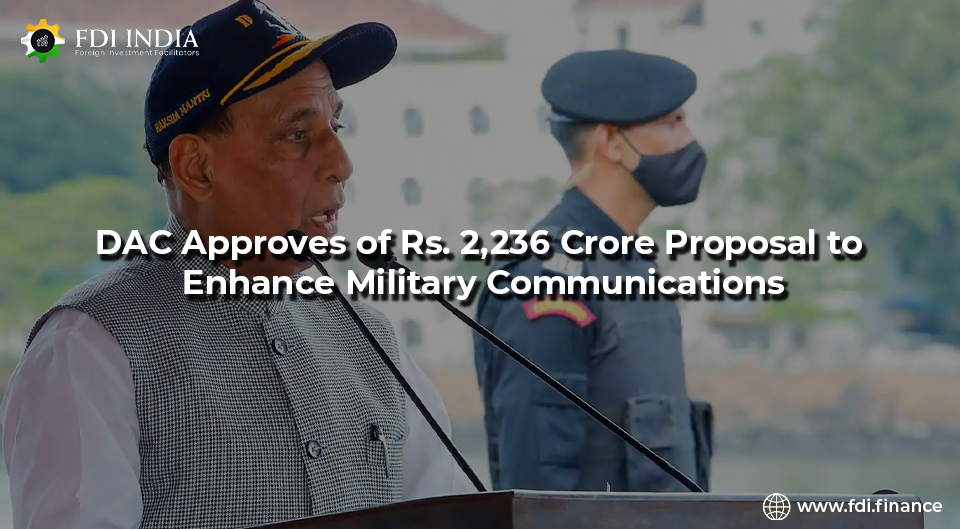 The DAC is India’s top military procurement body led by Defense Minister Rajnath Singh. It acknowledged the necessity for the project under the Make in India initiative.

“The project envisages complete design, development and launching of the satellite in India. The induction of GSAT-7C satellite and ground hubs for software defined radios will enhance the ability of our armed forces to communicate beyond the line of sight in all circumstances in a secure mode,” the statement added.

The statement also pointed out that it will enhance the ability of our armed forces to communicate beyond the line of sight.

This decision comes against the backdrop of numerous policy decisions by the government to make India’s defense sector self-reliant. A major step in this direction is the increase of the FDI limit from 49% to 74%, mentioning 209 defense items that cannot be imported and setting aside a separate budget for buying military hardware manufactured domestically.

India has made deals worth Rs. 62,000 crore in the last two months to strengthen the country’s military capability with locally produced weapons and defense systems such as tanks, helicopters, transport planes, airborne early warning systems and counter-drone weapons.

The DAC made another breakthrough by approving the long-pending deal for the manufacture of 6.71 lakh AK-203 assault rifles in India. This comes before Russian President Vladimir Putin’s visit to India next month for the annual India-Russia summit.

India and Russia had signed an Inter-Governmental Agreement (IGA) in February 2019, which resulted in the formation of Indo-Russian Rifles Private Limited (IRRPL), a joint venture with manufacturing facilities for rifles at Korwa, Uttar Pradesh.

Russia had demanded royalty over each gun manufactured in India but later waived the clause after negotiations, which sorted out a lot of other issues as well.