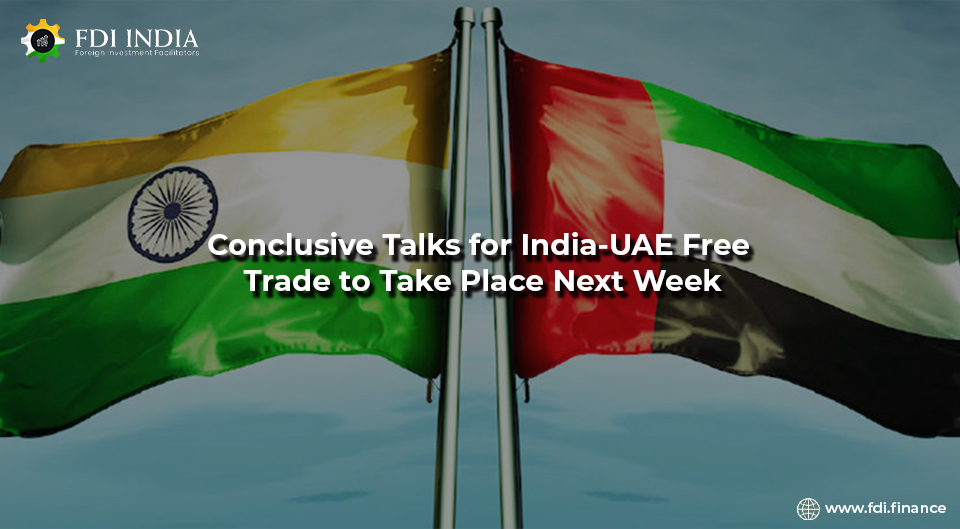 Next week in New Delhi, India and UAE hope to wrap up negotiations for the bilateral Comprehensive Economic Partnership Agreement (CEPA). The two nations expect to sign a deal by March next year.

“The third round of India-UAE CEPA negotiations are scheduled to be held in New Delhi on December 6-10 wherein both sides aim to conclude the negotiations,” said the Commerce & Industry Ministry.

Union Minister for Commerce and Industry Piyush Goyal met the representatives of various sectors such as petrochemicals, copper, chemicals, and aluminum as part of the ongoing consultations with multiple stakeholders for the proposed free trade agreement (FTA) between India and UAE.

UAE is one of the top 10 investors in India with approximately $11 billion investments since 2000, of which more than half is in the form of FDI.

The UAE is also India’s third-largest trading partner despite the slowdown in exports and imports due to the pandemic in 2020-21. India exported $16.7 billion worth of merchandise to the UAE, while its imports stood at $26.6 billion.

“The minister apprised the representatives from the industry about the importance of the CEPA in elevating the overall economic and commercial relations with UAE which in turn will benefit not only bilateral trade but also create new jobs and provide wider social and economic opportunities,” said a release by the ministry.

Bilateral trade between the two countries after the FTA is expected to touch $100 billion in five years from about $43 billion in FY21. The agreement also targets more than double the current services trade to $15 billion within the same period.

The agreement will allow the duty-free trade of goods like jewelry, textiles, and steel, among others. The negotiations with UAE are directed towards India’s approach to form fair and balanced trade pacts with major economies.