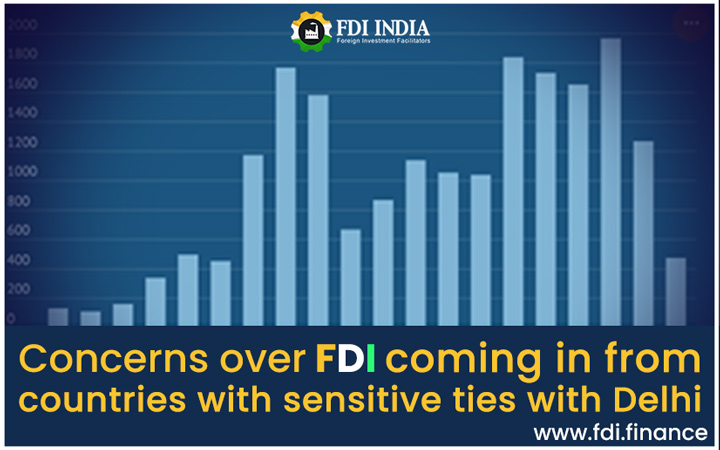 After concerns expressed over monetary fund’s coming in from nations that India’s capital New Delhi has sensitive ties with, India has taken a new look at protocols to be followed by foreign direct investors.

According to sources, the Department for Promotion of Industry and Internal Trade (DPIIT), the home ministry, and the finance ministry’s department of revenue are having discussions concerning the matter.

This assessment of foreign direct investment protocols comes after what seems to be a worldwide trend of screening FDI. The United States had stepped up inspection of Chinese investments in the country over concerns about American assets. The EU also recently adopted a screening process on the basis of security and public order.

The Department for Promotion of Industry and Internal Trade is also in talks with security agencies in order to determine if the current safeguards are required to be stepped up.

After a dip in foreign direct investment equity inflows by 1 per cent for the first time in 6 years in 2019, the government has introduced several reforms in overseas direct investment policies and regulations in order to encourage more foreign investors in invest in India.

The FDI policy has been significantly liberalized. Some of the recent changes introduced by the government of India included permitting automatic route approvals for 100 per cent FDI in coal mining and sale of coal. Reforms were also made in FDI norms in sectors such as digital media, contract manufacturing, and single brand retail trade.

Now, in the face of these new concerns, the government is evaluating if these workings need to be revisited and modified or if new ones need to be added.