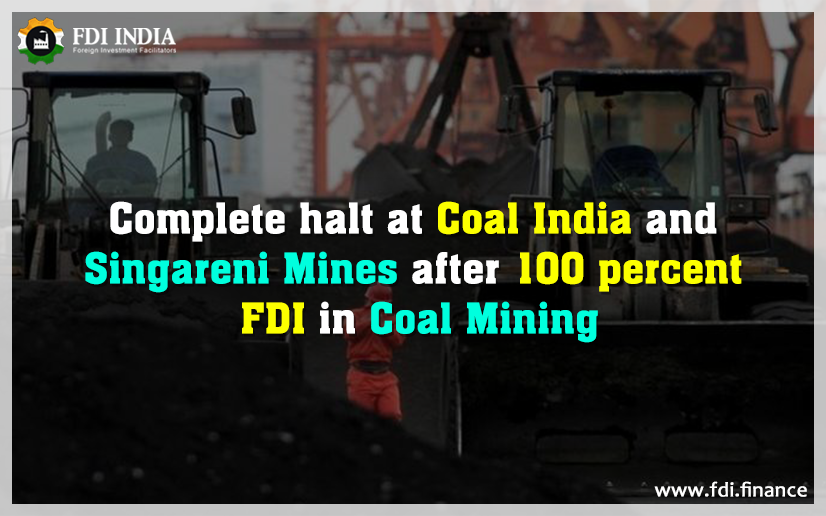 Protesting against the government’s decision to allow 100 per cent foreign direct investment in coal mining, production and dispatch at the mines of Coal India Ltd and Singareni Collieries Company Ltd has come to a “complete halt” claimed trade unions.

Aiming for a withdrawal of this move by the government of India, five federations representing over half million workers of Coal India Ltd and Sigareni Collieries have come together and called for the strike.

Federation General Secretary of ‘All India Coal Workers' D D Ramanandan told PTI "Strike is total with complete stop in production, transportation and dispatch of coal from all mines -- Assam to Singareni.”

Coal India is set up for a loss due to this stir. CIL amounts for almost 80 per cent of the total output of the dry fuel in India. It stands to lose an estimated amount of 1.5 million tonne of production due to the strike.

Apart from these Unions, RSS-affiliated union- Bharatiya Mazdoor Sangh (BMS), which is not a signatory with other federations who served the one-day strike notice is observing a five-day cease work which started on Monday and will continue till September 27 on the same issue.

These reforms in FDI norms come after India witnessed a dip in overseas investment first time in 6 years by 1 per cent. The government of India hopes to increase overseas direct investment in the country by attracting foreign investors with new FDI reforms.