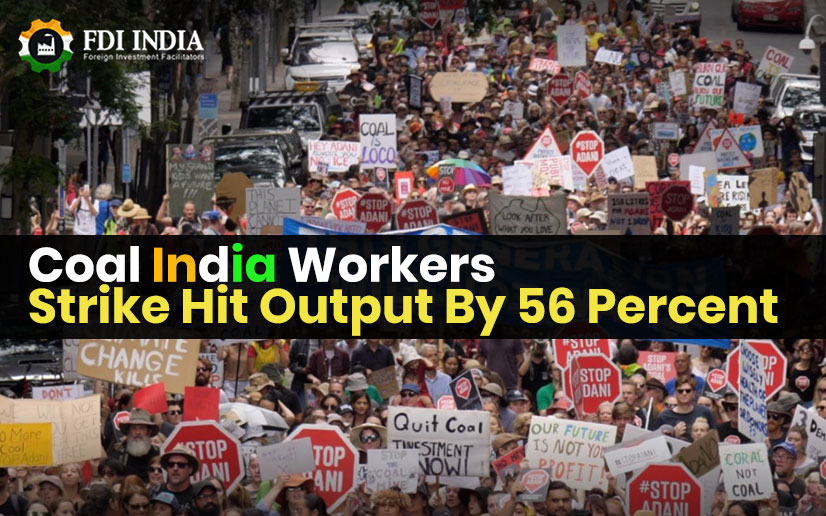 A senior official of the company told Reuters that the coal India workers trike hit production by a significant amount of 56 per cent. The workers were on a strike protesting over the implementation of reforms including allowing 100 per cent foreign direct investment in coal mining. This new reform of FDI norms in the coal mining sector was approved by the government last month with an aim to attract global miners to India.

Coal India amounts to over four-fifth of the county’s total coal output and employs over 3,00,000 people, out of which only 30 per cent were in attendance while the rest were on strike.

Coal India produced a total of 466,000 tonnes of coal on Tuesday, which compared to a business-as-usual production estimate of 1.05 million tonnes, the official said.

This move came after the country saw a 1 per cent dip in foreign direct investments for the first time in six years in the year 2018-19. With new reforms, the government hopes to encourage foreign investors to invest in India business.

Even Prime Minister Modi, speaking at the Bloomberg Global Business Forum said that India offers golden opportunities for investment in the country.