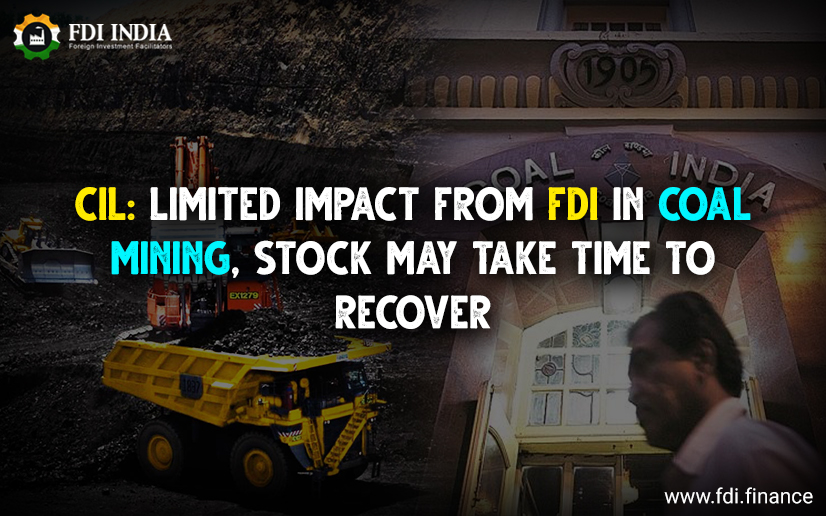 The government recently introduced several reforms in foreign direct investment norms; one of them was allowing 100 per cent FDI in coal mining. This move by government is said to have dented the market’s enthusiasm in the stock with shares dropping 3.7 per cent after the announcement was made.

Coal India ltd. is in a predicament. The stock has been decreasing since June 2019. With is steady decline, it is almost reaching its all-time low, despite having a decent dividend yield. Foreign direct investment is not the sole reason for concern. As per analysts, international coal prices have fallen by 20-30 per cent in the past year. Both 100 per cent overseas investment into the sector and low realizations can be considered as factors that could keep domestic coal prices under pressure.

However, that might not be the case. Domestic coal prices are already quite low than landed prices. Besides, CIL’s realizations from fuel supply agreement sales are about 37% lower than e-auction realizations. Additionally, low domestic coal prices are a reason why foreign firms may not find coal mining that attractive at this point, noted analysts, as reported by Livemint.

“Even after international prices coming off 20–30% over the past one year, e-auction prices are still at a discount of 20–30% to the landed price of imports from Australia. Additionally, compared to the price of Indonesian coal (4200kcal), e-auction prices are at only 4% premium. Hence, we expect returns for any international players to be stretched, and profitability constraint to not to attract meaningful investments," said analysts at Edelweiss Securities Ltd in a note to clients.

Apart from this, problems regarding land availability and insufficient infrastructure may take a while before 100 per cent foreign direct investment may start out. Also, environmental clearances is likely to take a while before the first commercial production from newer mines can kick-off.