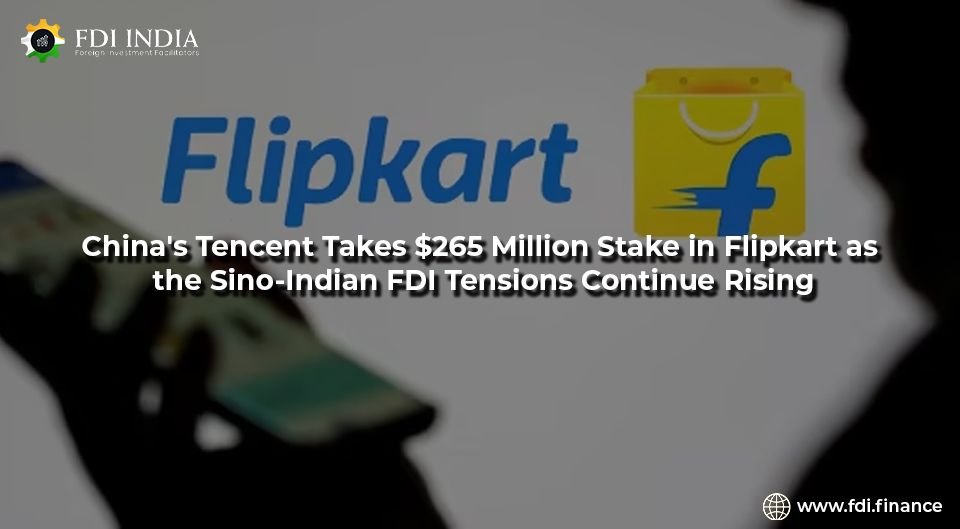 Tencent, a Chinese tech company, struck an investment deal of a 0.72% stake in Flipkart with its founder, Binny Bansal. Tencent Holdings carried out this purchase of shares worth $264 million (or 2,060 crores) from Bansal through its European subsidiary. The transaction was finalized on 26 October 2021, but it was only made public recently as required by regulators for listed companies. Flipkart is a Singapore-registered e-commerce company and does not have any operations in countries except India currently.

Binny Bansal has reduced his stake in Flipkart by selling part of it to Tencent Cloud Europe BV. He did this last year while SoftBank and various other funders invested $3.6 billion into Flipkart, giving up some holdings to Tencent.

The Government of India had brought out a press note during the early days of the pandemic in April 2020. It was a quick move to pacify Indian companies that were vulnerable to opportunistic take-over bids during the pandemic. The prevention of companies from being at risk states that all investments made by any land-bordering nation must be approved and include clearance for end-user security. However, the Tencent - Bansal deal does not fall under this bill as it is not located within a land-bordering nation. "This is because they had registered their company in Singapore 3 months ago, so they do not fall under these regulations," says one official who wished to remain anonymous.

Last year in July, the Flipkart Group raised $3.6 billion, including from SoftBank (which had previously backed the company), and valued themselves at over $37.6 billion - a fifty percent increase since the previous year. In 2020 Walmart led a $1.2-billion round in Flipkart (valuing them at over $24.9 billion) before Tencent invested just about sixty-three million dollars in Flipkart that September (Paper VC).

The investment is seen amid increased Sino-India tensions, including the Chinese app ban, the regulatory changes to foreign direct investment (FDI) norms, and pre-clearance mechanisms for investments from China. On asking for further statements, Flipkart’s spokesperson declined to comment on this development.