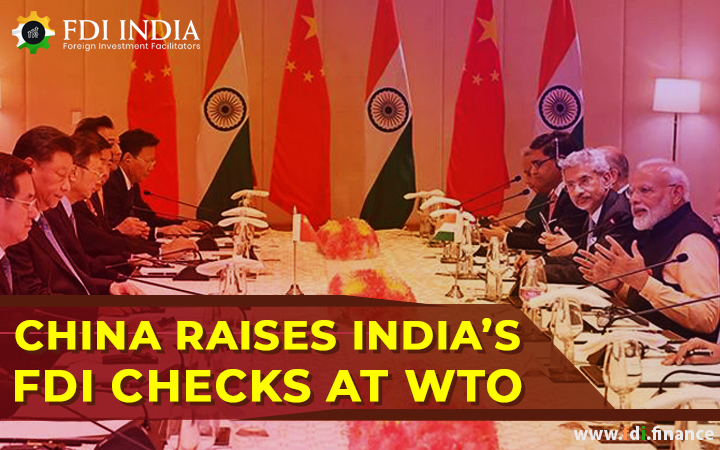 On Wednesday, China shared its "deep concern" about the latest government-initiated foreign direct investment (FDI) policy reforms, it claims that it is all set and curbing takeovers and acquisitions of Indian firms.

In April, India agreed to review any neighboring country's FDI proposal, a move aimed at Chinese investment in India.

The statement came during India's trade policy review at the World Trade Organization (WTO), where trade barriers, especially recent rises in import duties, were flagged by the US and the European Union as key concerns, sources said.

The US stressed that the simple average tariff had increased from 13.5 percent to 17.6 percent since India's last trade policy review in 2015.