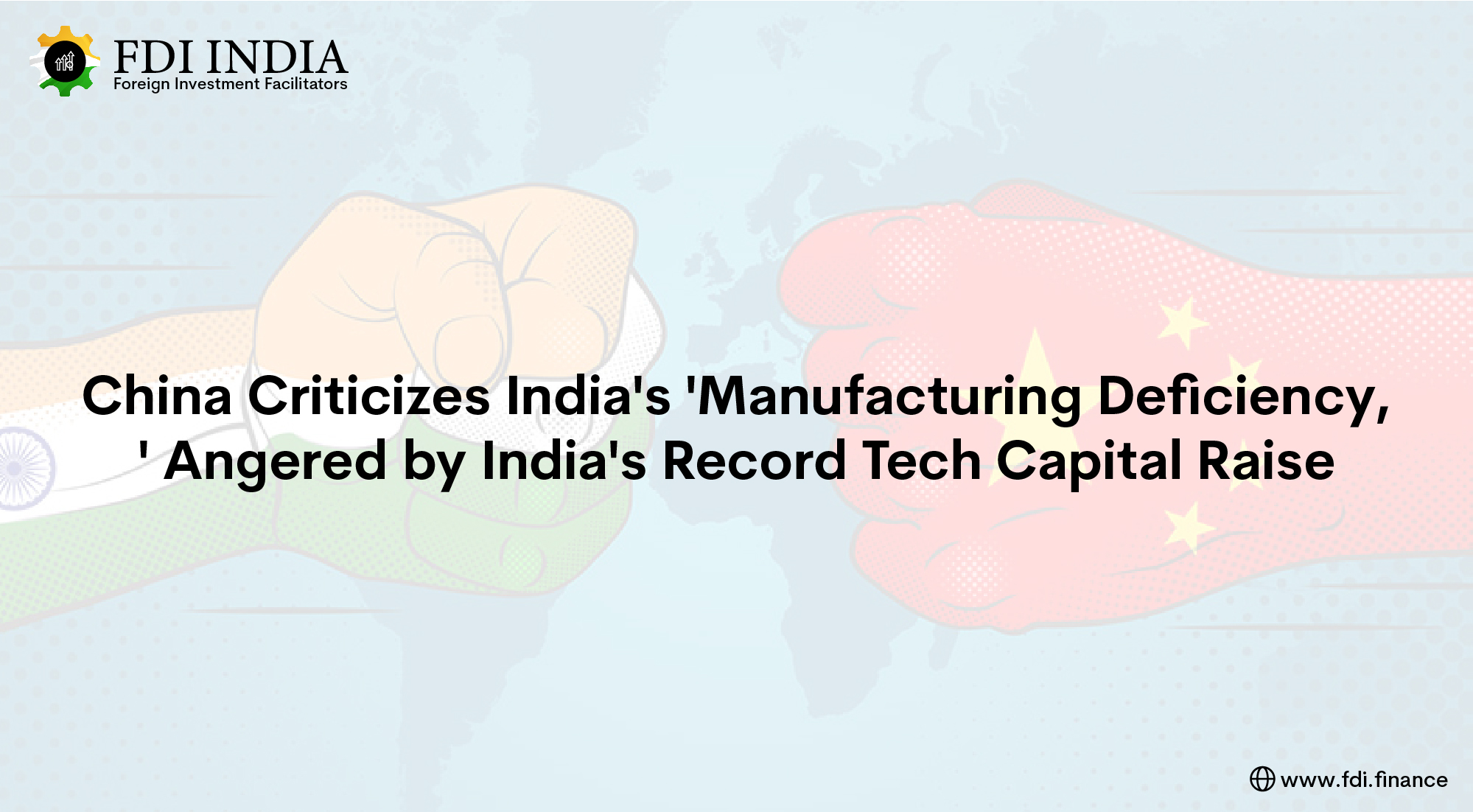 The Chinese media is increasingly criticizing the slow pace of industrial expansion, angered by the substantial foreign investment in India's tech sector.

It observed that the rapid inflow of foreign investment into India's IT sector had been interpreted as a cause for optimism. Some even hailed it as a sign of the country's expanding knowledge economy.

In addition, according to the UN Conference on Trade and Development's World Investment Report 2021, India surpassed China as the fifth largest beneficiary of foreign direct investment inflows in June, getting $64 billion in 2020.

"However, India's industrialization has been gradual, and foreign investment will not be able to change that. India's high-tech industry, such as the information and communication technology sector, has attracted the majority of foreign investment. "The mouthpiece of China's government, the Global Times, reported on the situation.

Given India's weak manufacturing backbone, which was exposed during the pandemic, such an outcome is not surprising. The reason for this is that, according to the Global Times, "the Indian government used to pin its industrialization aspirations on the expansion of the IT industry, which it believes is a quick way to catch up to China on the curve.”

It went on to say, however, that it turns out there is no such thing as a shortcut. To strengthen its manufacturing sector, India requires much more than favorable investment regulations. It stated that it must lay a stronger foundation for industrialization.

It is hard for foreign investment to fuel overall manufacturing growth without the assistance of a mature supply chain, easy logistics, and trained personnel.

"However, if someone truly believes foreign investment can assist bring the Indian economy out of its current condition, that would be wishful thinking," it added. Many people are still worried about the economic impact of a possible third wave of this pandemic. Still, it's important to remember that, according to the report, a sustained economic recovery will depend not only on whether the Namenda Modi government is better prepared for a third wave but also on whether it can move forward with industrialization in the right direction.