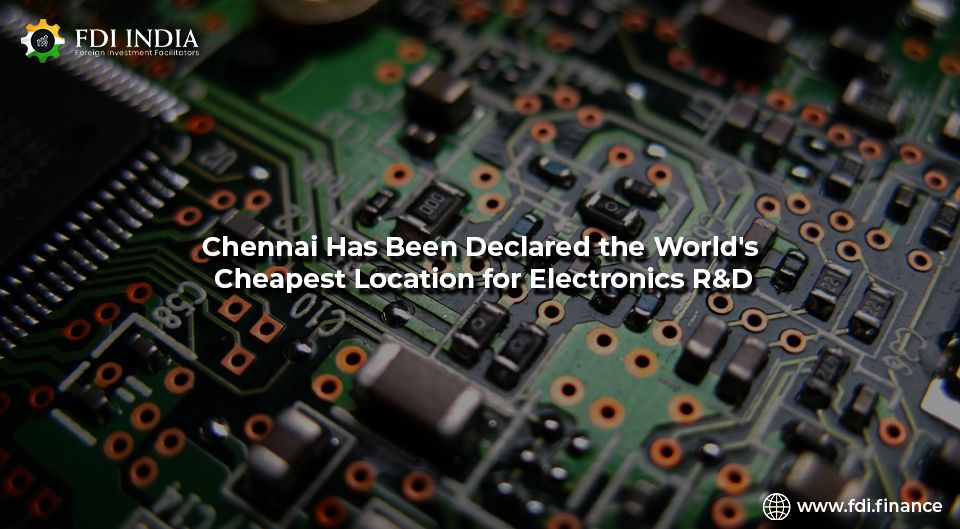 Chennai has been found to be the cheapest location in the World for running a research and development center, according to a new ranking by Indian service provider TechMahindra. It ranks 50th out of 100 cities worldwide for operating costs, at $1.24 million (Rs 8 crore) for each R&D center.

In a significant boost to the Tamil Nadu government's push for new investments, Chennai was ranked as the World's cheapest location in the top 100 electronics FDI destinations. This tool assessed nearly 1,500 locations worldwide and compared their operating costs based on approximate variables such as rent, salaries, transportation, and miscellaneous expenses. According to this fDi Benchmark study, Chennai has the lowest annual operating costs of $1,184 per person; second place goes to Penang ($1,294), third is Gurgaon ($2,080), and fourth to Pune with $1.53 million.

Globally, cities compete for employment. Some of the top cities in the World include Guangzhou and Shenzhen, which are both in China. In these two urban areas alone, large companies like Samsung and LG have large campuses that employ thousands of people each. Meanwhile, Chennai was ranked second on this list of cities to drive employment opportunities after Seol, South Korea. At number three followed Bangalore and Pune as well as Gurgaon, India's leading tech city with a growing focus on recruitment too.

This is great news coming out of the Tamil Nadu and TN government that's been in charge since 2016 and led to an increase in FDI by 41.5% during April to December period, and this is exciting for them! They're planning on organizing a global investor meet in 2023, which should be a lot of fun!

According to Chief Minister M.K.Stalin, the state has signed 130 MoUs for investments that are worth ?68,375 crores and will generate 205,802 jobs since the DMK came to power ten months ago. Further this week, it was announced that during a recent trip by Stalin to the United Arab Emirates, the Government of Tamil Nadu managed to gain ?60000 crores in investment pledges.