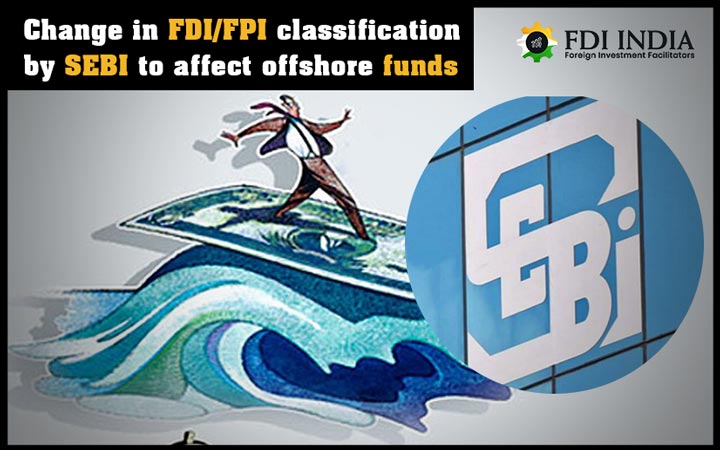 Change In FDI/FPI Classification By SEBI To Affect Offshore Funds

Change In FDI/FPI Classification By SEBI To Affect Offshore Funds

Following the 10 per cent minimum ownership threshold by the capital markets regulator in order to classify equity holdings that are below this level as portfolio investments, minority stakes in Indian companies, purchased by several offshore funds as through the foreign direct investment route are now facing uncertainty.

This change in classification was enforced by SEBI (Securities and Exchange Board of India). Now, private equity companies, which has already made their investments as foreign direct investment will be required to secure license as foreign portfolio investors (FPI). Why this is not a great news for companies already making an investment is because obtaining this license will increase their compliance and regulatory burden. Earlier, with overseas direct investment, companies did not require any license.

According to the data released by the central bank, in 2019, the foreign direct investment equity inflows amounted to $62 billion.