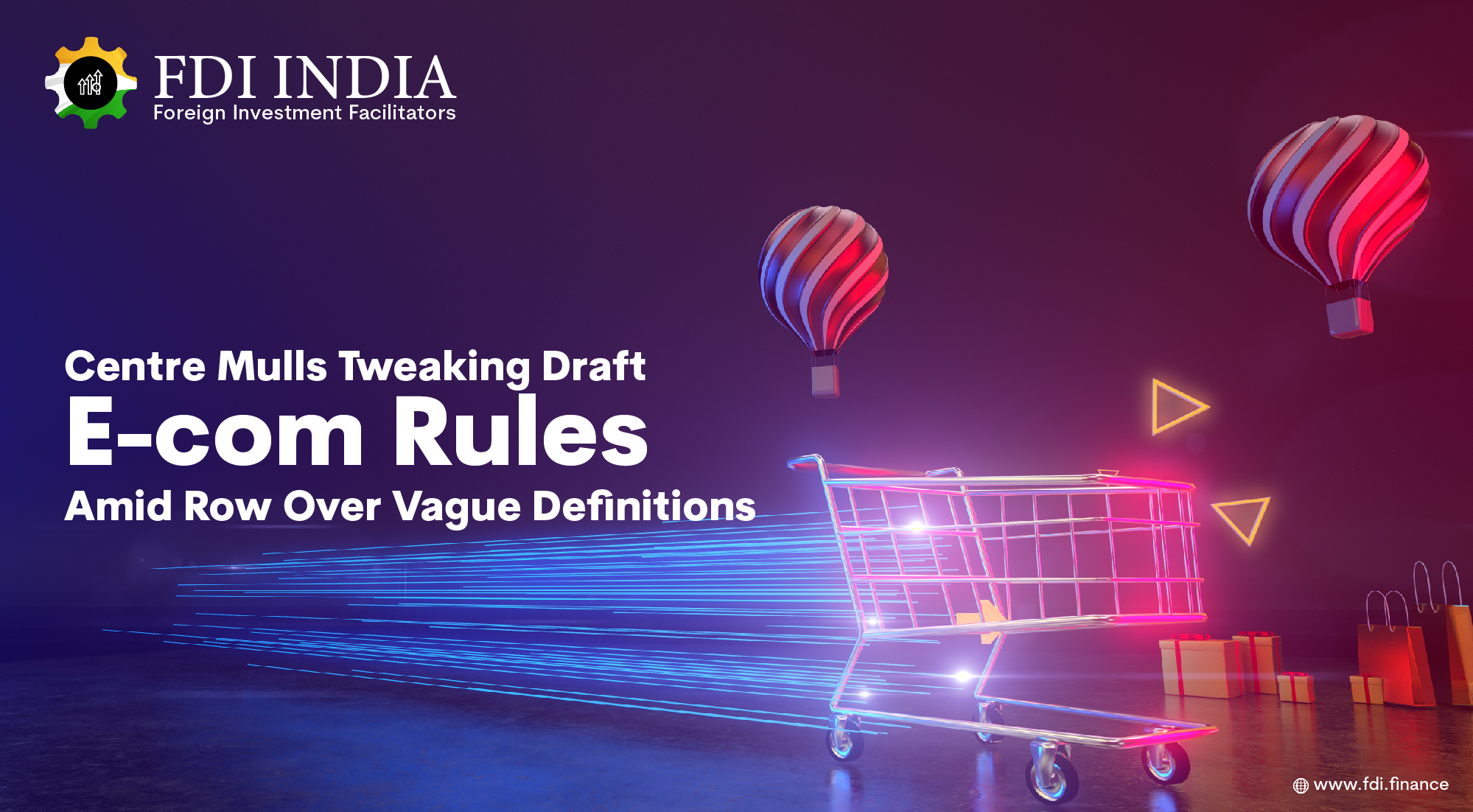 According to the IE article, the department has been chastised for encroaching on the domains of the Department of Promotion of Industry and Internal Trade (DPIIT) and the Ministry of Electronics and Information Technology (MeitY) via the proposed regulations.

Certain parts of the regulations have also been highlighted by industry participants as contradicting previous DPIIT rules. They've also raised concerns about a lack of clarity in the meanings of words like "associated parties," which may refer to anybody who works with an e-commerce company, including logistics companies.

“The definition of related party needs to be clarified,” a retail executive in Delhi told IE, “otherwise it will be difficult for not only foreign players like Amazon and Flipkart, but even homegrown companies like Tata and Reliance to sell their various brands such as 1mg, Netmeds, Urban Ladder, Milkbasket, and others on their super-apps.”

According to the proposed regulations, e-tailers must guarantee that "nothing is done by connected parties or affiliated businesses that the e-commerce company cannot do."

According to Tata Group's protest to the government over the term, the business cannot sell Starbucks goods on the Tata super-app since it already has an offline network of bistros with the American company.

However, sources informed IE that the definition of a connected party is being worked on in order to satisfy e-retailers' concerns.

According to the proposed regulations, when a registered seller fails to provide goods and services requested by a customer, the e-commerce company will be liable and subject to a "fallback responsibility."

Many in the sector complain that the provision of "fallback responsibility" is in violation of DPIIT's regulations for foreign financing of e-commerce firms, which prohibit the companies from maintaining inventory management.

While e-commerce companies like as Amazon and Flipkart cannot monitor the merchandise offered on their platforms due to India's FDI policy, industry participants argue that holding them liable for any failure in product or service delivery by sellers under the proposed e-commerce regulations is unjust.

“Fallback liability provisions are contradictory to the way e-commerce business models have developed, and they even go against current rules,” a senior industry source told IE.

Following the US complaint against the DPIIT's FDI policy, an executive from a Bengaluru-based e-commerce company told IE that the government may have chosen to implement the new regulations via the Consumer Affairs Department.

The cross-indexing of regulations against different government agencies in the proposed e-commerce rules has also been criticized by industry participants.

The Niti Ayog has added its voice to the clamor, claiming that many elements in the proposed regulations go “beyond the realm” of consumer protection.

Many requirements, such as establishing a compliance officer and complying with law enforcement demands, are claimed to have been influenced by the Information Technology (Intermediary) Rules, 2021, whose sections are now under appeal in various Indian courts.

Several elements in the proposed regulations have been criticized by industry experts as being anti-consumer.

“Despite the laws being routed via the Ministry that is supposed to protect consumer rights, these rules seem to brazenly restrict consumer options further through measures such as blanket bans on flash discounts and other requirements,” a retail industry expert told IE.

While traditional flash sales are not banned under the new regulations, the government wants to prohibit back-to-back or particular flash deals, which it says "restrict consumer choice, raise costs, and hinder a fair playing field."