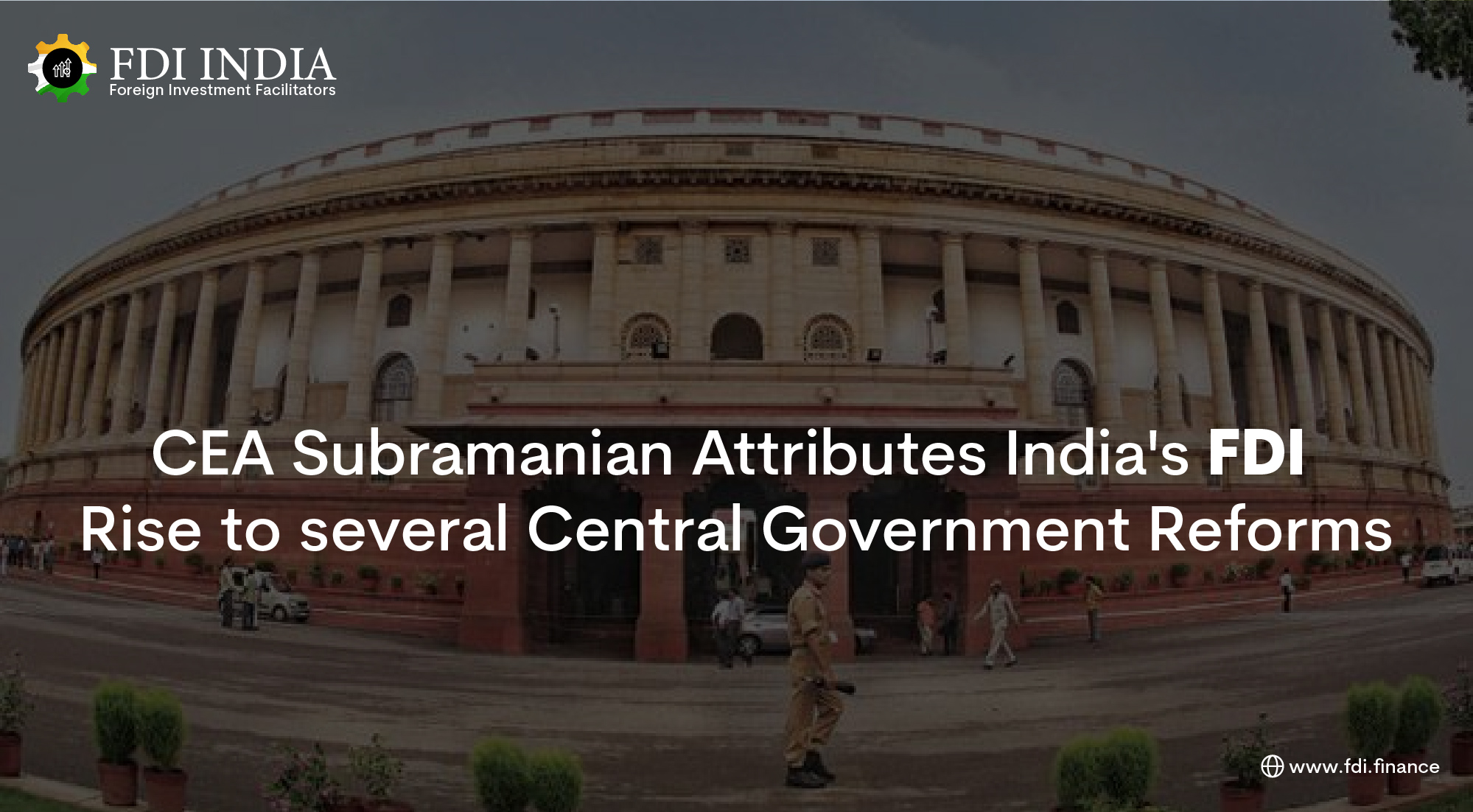 Subramanian, India's Chief Economic Advisor (CEA), attributes India's strong performance in attracting foreign direct investment (FDI) in 2020 to a host of measures implemented by the Central government during the Covid-19 epidemic. As a result, India had a 27 percent increase in FDI flows year over year when worldwide FDI flows were down 35 percent. "When it comes to money, it's all about putting your money where your mouth is. Of course, it had to be due to mergers and acquisitions (M&A), but the fact that it happened in India rather than other countries speaks volumes about India's story, "he stated.

On June 29, Subramanian gave the keynote address at a virtual policy roundtable organized by the Institute for Studies in Industrial Development (ISID) in Delhi and the United Nations Conference on Trade and Development (UNCTAD). He said that India is the only large economy that has undertaken such a series of reforms in the last 12 to 18 months. According to him, India went to great lengths to eliminate supply-side friction. The government's primary changes include labor reforms, agricultural reforms, a change in MSME definition to prevent the phenomenon of dwarfism, and, most critically, enterprise policy-oriented on the private sector. He claims that FDI has been drawn by the government leadership's faith in the importance of the private sector in economic progress. "Words like privatization and asset monetization were never used in any government document before the one used by the finance minister currently. As India emphasizes the importance of the private sector, FDI will play a significant role, as FDI may offer such efficiency gains.

Subramanian emphasized the large workforce and young population of India, which has played an essential role in attracting many FDI. The CEA stated that evidence of India's recovery could be evident in the fourth quarter GDP statistics (January-March 2021).

"There is strong evidence that the administration followed a capital expenditure-driven recovery strategy. When looking at gross fixed capital formation (GFCF) in the fourth quarter, it climbed by about 30% year over year. It is critical because it is the highest level in more than six years, and a significant percentage of it was private Capex," Subramanian explained. According to him, the two most significant spillover impacts were consumption, which fell for three quarters due to pandemic-induced constraints, and pandemic-induced risk aversion, which increased by 2.7 percent in the fourth quarter.