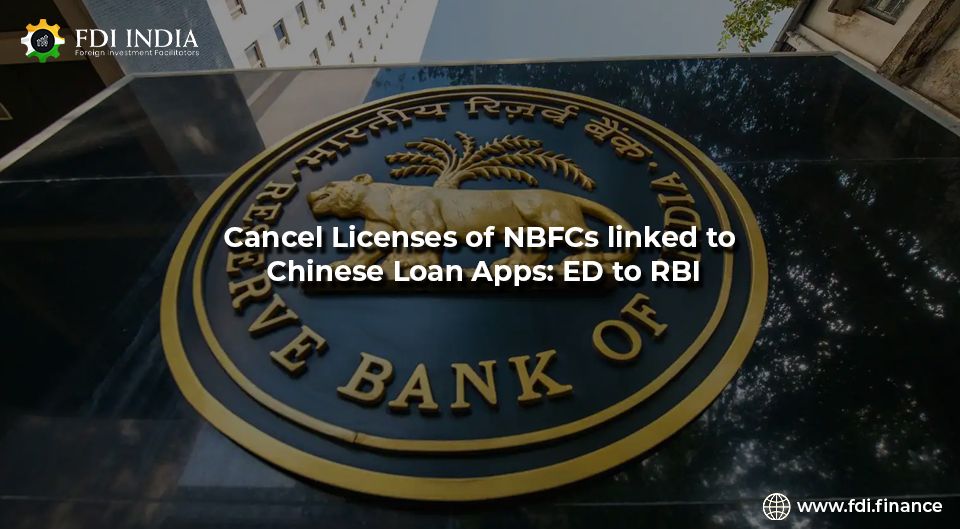 The Enforcement Directorate (ED) has submitted a request to the Reserve Bank of India (RBI), asking the bank to nix the licenses of non-banking finance companies (NBFCs) that have links with Chinese loan apps involved in digital lending of money.

The ED has taken cognizance of multiple FIRs registered in the police commissionerates of Hyderabad, Rachakonda, and Cyberabad. There are also booked cases against more than 400 mobile apps and 50 NBFCs registered with the RBI under the Prevention of Money Laundering Act (PMLA).

The ED also awaits a response from Google on these loan apps as the information from its counterparts in the United States is yet to come through.

In a letter written to the RBI, the ED has cited the modus operandi of one of the NBFCs, Acemoney (India) Limited, which has acted as a front for more than 18 mobile apps carrying out digital lending using their NBFC license.

Since 2019, most Chinese firms have been entering the Indian lending market by establishing fintech apps. However, the RBI was not giving them a license. So, they started making agreements with local NBFCs.

The ED further said that the Chinese nationals withdrew from such companies and paid Indians to act as fake directors after the Center curbed Chinese FDI (foreign direct investment) in April 2020. All 18 fintech partner firms of Acemoney were part of such schemes.

“Acemoney (India) Limited was incorporated in 2016 in ROC-Delhi with an authorized capital of Rs. 10 crores and paid-up capital of Rs. 5.5 crores. There was almost negligible business, but from June 2020, it saw exponential growth in loan volume and a jump in revenue after tying up with at least 18 mobile apps lending under its NBFC license. Even though, as per official records, it has processed 11,73,520 loan applications. In reality, Acemoney is not lending directly to even a single customer,” said the letter that the ED sent.

“RBI may conduct an inquiry, and if the above findings are corroborated, then it can take suitable action against NBFCs such as Acemoney (India) Limited, including cancellation of license,” the ED further said in the letter.