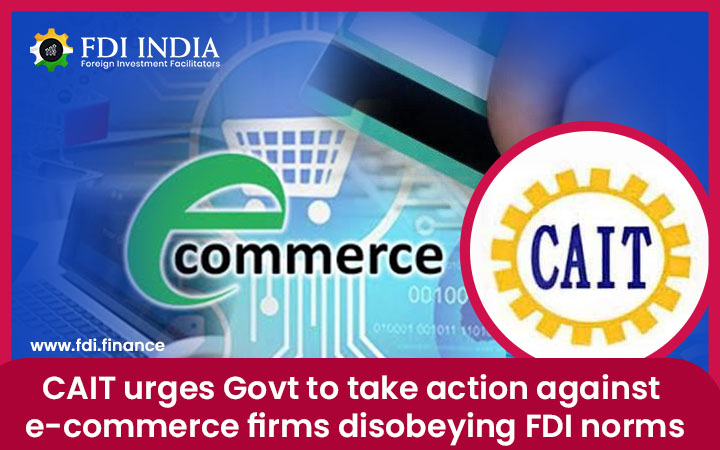 The trader’s body of India- Confederation of All India Traders urged the government on Sunday to act against the e-commerce companies who are openly disobeying foreign direct investment (FDI) rules and regulations and indulging in unfair practices.

In a letter addressed to Commerce minister Piyush Goyal, the CAIT termed such e-commerce firm as “global economic terrorists” and “economic intruders, tax offenders, and policy and law violators”. In the letter the trader’s body also demanded an early enforcement of e-commerce policy and national retail policy.

It also asked for an official e-commerce retail regulatory authority and an ombudsman.

The Confederation of All India Traders also criticized the Ministry of MSME’s step of coming together with some big players in the e-commerce sector for brining aboard small retailers on their platforms.

This is highly deplorable and the traders of the country will not accept such collusion with these firms, it added.

The body further said that their business setup was greatly hindering the ‘Make in India’ programme as local producers are unable to match up to their predatory pricing and deep discounting tactics.

Big e-commerce companies offer deep discounts, particularly in the festive season that the domestic firms are not able to compete with.