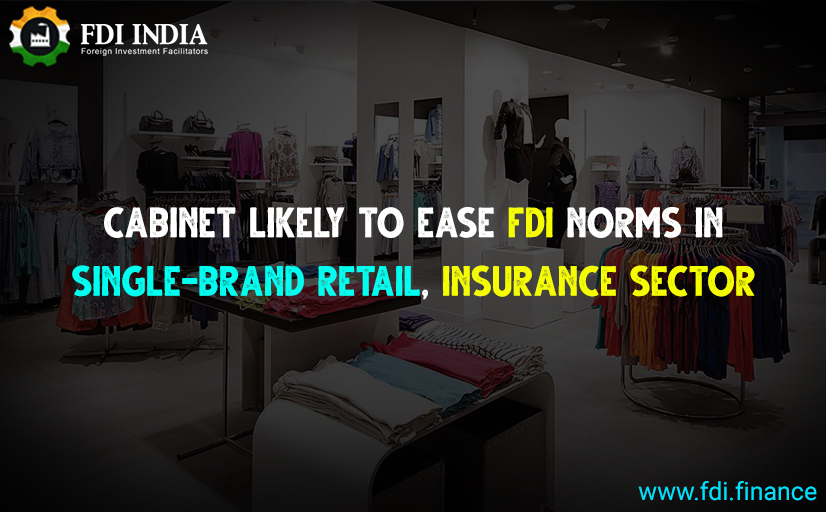 The government of India may take steps to further relax foreign direct investment norms, with the Cabinet expected today to sanction its approval to relax oversea investment norms and policies in single-brand retail and insurance sector.

Finance Minister Nirmala Sitharamman had made it clear in her maiden budget that the government was planning to further relax FDI norms across several sectors.

Earlier, Piyush Goyal, the Commerce and Industry Minister has said that the government was finding ways to permit foreign investors to invest in the single-brand retail sector in order to meet their 30 per cent mandatory local sourcing requirement via other ways. As of now, 100 per cent foreign direct investment is allowed in the sector under the automatic route for approval.

Apart from formulating easier norms, the Department for Promotion of Industry and Internal Trade (DPIIT) may now also count the local sourcing in phases.

As per sources, the insurance sector could be opened up to 74 per cent for overseas investment under the automatic route for approval in order to bring parity with the banking sector. However, officials say that the current 49 per cent foreign investment limit through the approval route is lilely to be maintained.

It is said that for insurance intermediaries like brokers, insurance repositories, and third-party administrators, 100 per cent FDI may be allowed.

For the first time in six years, foreign direct investment equity inflow dipped 1 per cent and came down to 44.4 billion dollars from 44.8 billion in the previous fiscal year.