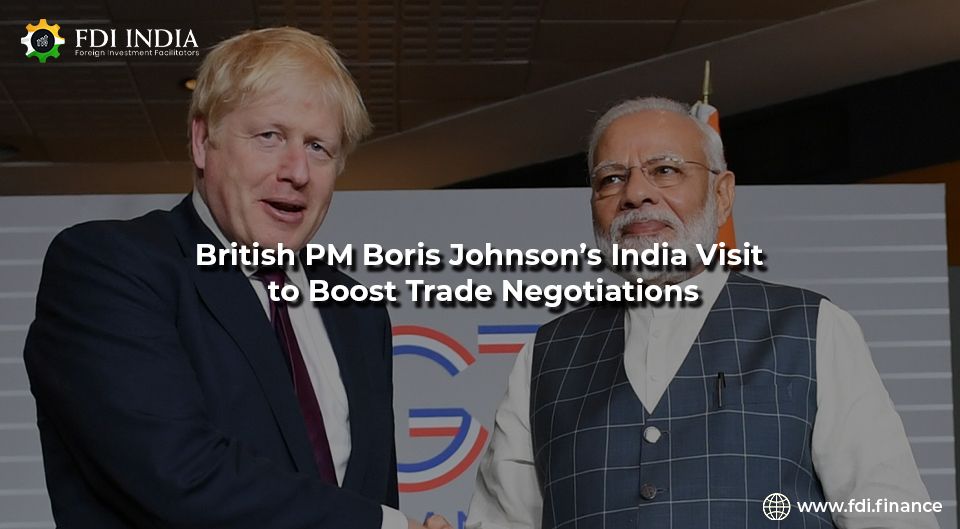 British Prime Minister Boris Johnson's visit to India set to begin on Thursday is expected to be a momentum pusher behind the negotiations of their Free Trade Agreement (FTA) with our country. Next week, the third round of negotiations will be underway and the two sides are really excited and focused on reaching an end goal of doubling our current trade by 2030.

The two countries are also looking at ways of striking a deal that would bring quick benefits to businesses on both sides. An interim agreement could let the United Kingdom establish itself as a major player in the defense volume industry in India, which could open more doors for British businesses beyond defense-related trade.

India and the UK started the Free Trade Agreement (FTA) negotiations in January this year.

Sources told us that both parties have made some progress and are now moving forward with the talks. Some of the earlier issues have been resolved while more tricky issues will be identified and discussed in upcoming meetings in the third round of talks.

Sources claim that Prime Minister Narendra Modi and UK PM Boris Johnson are confident about leading talks between India and Britain regarding various sectors. Neither leader has hinted at any big announcements, but they look forward to providing further encouragement by signing off on certain deals this year if possible. The pair hopes to give a strong signal that they are committed to appreciating how valuable business between the two nations can be going forward.

The United Kingdom had India as the second-largest foreign direct investment (FDI) contributor in the year 2020.

The prime ministers of both nations will work to clarify their case by addressing the implementation of the Roadmap 2030. They hope to set a new road - or path if you will - that helps increase cooperation in various ways across the spectrum of bilateral ties, both among corporations and public diplomats. Both leaders will certainly have a lot to say about any global issues on which they wish to focus.