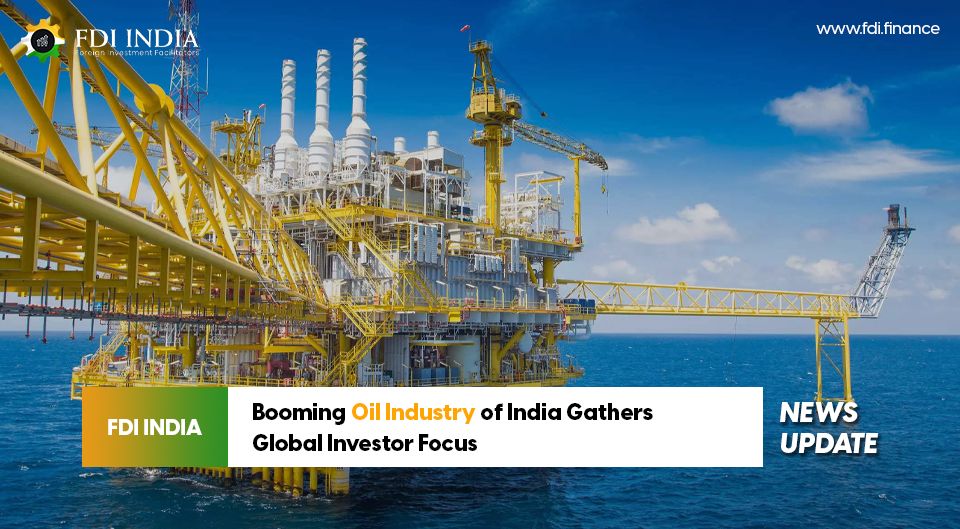 This year, significant investments in the oil and gas sector are expected by India, with increasing interest from international oil majors such as Chevron, Exxon, and TotalEnergies. It was followed by the diversification of its oil imports in 2022, helping India in boosting its low-cost crude supplies to be refined across the country. Its significant refining capacity has already attracted interest for its petroproducts, with foreign companies getting the benefit of access to both the latest supplies of crude and widescale refining local capacity by investing in the oil sector of India.

India is still the world’s third-largest oil consumer, with a population of over 1.4 billion and continuously climbing, and the demand for its oil will rise continuously.

India has been made a favorable space for investment from foreign companies by its government, welcoming FDI into the oil industry of the nation in order to spur growth.

Greater crude imports from Russia are beneficial to India as Russian energy products were sanctioned by as many Western countries, meaning that other states were being offered oil, gas, and coal at highly discounted prices by Russia. This helped India in purchasing higher quantities of oil to be processed across its many refineries.

By shifting its focus to Russia and U.S. for its oil imports, India was able to reduce its reliance on OPEC-controlled Middle Eastern Oil, which was around 60 percent of its crude imports before Russia invaded Ukraine. Sumit Ritolia, an analyst of refinery economics at S&P Global, stated for this shift, “Indian refiners have continued to diversify their crude sources, especially after the OPEC+ cut, with a share of Russian crude staying at around 20%-25% of Indian crude imports.” Ritolia said.

“They have been aggressively making attempts to diversify by entering into term purchase deals with suppliers in the Americas and Latin America. SPR releases from the U.S. have also widened the WTI-Brent spread, making North American crudes more appealing”,he added.

However, India is not just exploring ways to diversify its oil supply but is also looking at boosting domestic production levels by foreign investment. Currently, India imports around 85 percent of its demand for crude oil, threatening its energy security.

In 2015, Prime Minister Narendra Modi set a target of creating a reduction in the energy import dependency of the country by 10 percent in 2022, from 78.5% in 2014-15, which it failed to achieve. 54.3% of the natural gas consumption of India is also imported by the nation.

For its oil industry, India has a big plan. Its low-cost crude imports are increased over the last year in supporting the massive oil refining capacity, it now seeks to develop its domestic supplies to boost the country’s energy security.

Interest is already being shown from some of the major oil companies in establishing the exploration and production developments of India, with the refineries of the country having the potential to process any crude discoveries. Additionally, the U.S. has to rely on India heavily for its petroproducts, having the reliance shifted away from Russia, which is a trend that will probably continue in 2023 too.