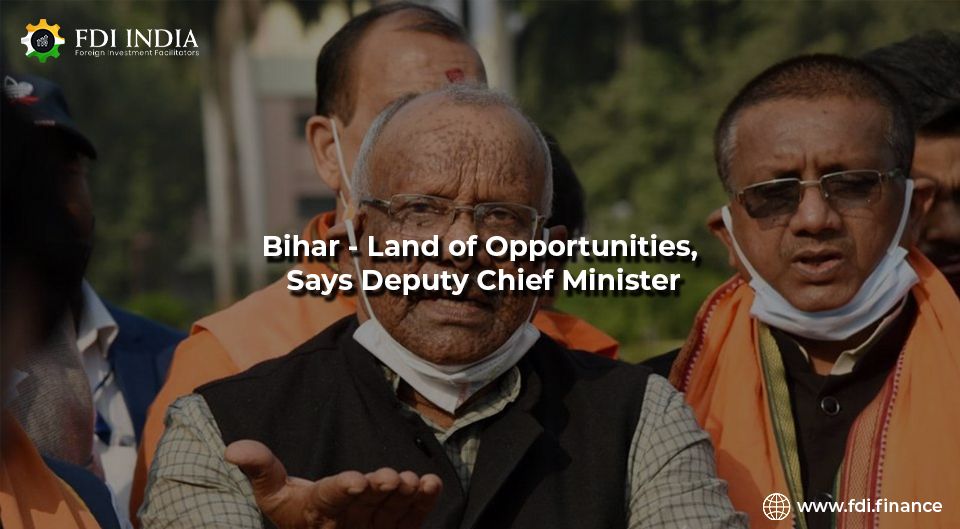 Bihar’s Deputy Chief Minister Tarkishore Prasad urged Indian-Americans to help the state of Bihar by bringing in the much-needed foreign direct investments (FDI) and establishing companies that will contribute to the area’s development.

Prasad further assures all necessary assistance regarding industrial development in the state whoever they might be. He further continues, Time-bound clearance of official procedures will be prioritized for anyone in hopes that they can help turn their concept into something that makes life immeasurably better for the people of Bihar.

This interaction on Sunday was attended by the heads of various communities (like BJANA, BANA, Sparsh Foundation, and North America Maithili Manch) and 130 other Bihari Diaspora. They were given a fair chance to clear their queries and Prasad also assured them that the government is appreciative of their suggestions and is willing to take them into consideration.

Tarkishore Prasad, the Deputy Chief Minister of Bihar further revealed that the rate of poverty in the state has dropped. Special Economic Zones and dedicated industrial areas were established to promote exports and attract companies to set up their units in Bihar.

He continued saying that per capita income in Bihar had increased and that all villages were now electrified and linked with metalled roads. He also stated that steps were being taken to explore avenues of eco-tourism.

Prasad said that the diaspora community from Bihar living all over India has come together to work on a single cause, which is to develop Bihar. He thanked them for their unflinching support. He said that this effort will set an example and work as a driving force to develop the state.