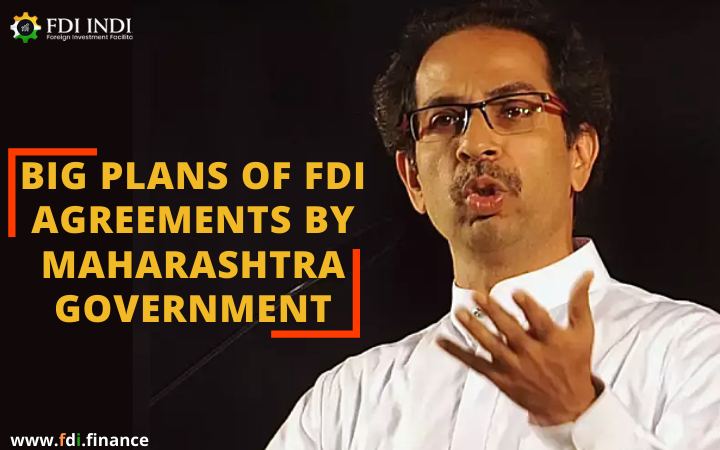 The Maharashtra government has recently concluded FDI deals amounting to INR 16,000 crore. In relation to the ongoing COVID-19 pandemic, the Government of India had made a few restrictions on FDI but Chief Minister Uddhav Thackeray had said that the small and big industries will not face any issues to set up industry in Maharashtra.

Concerning the further agreements in FDI, Maharashtra will be engaging in over INR 10,000 crore worth agreements. An online conference was organized where Magnetic Maharashtra 2.0 was launched by the Maharashtra government in the representation of the Industry Department.

Various representatives and investors from different countries were in attendance at the online conference. The Memorandums of Understanding (MOUs) were done with 12 countries such as the USA, South Korea, China, and Singapore. The agreements were done with various Indian investors as well.

The Chief Minister of Maharashtra said that an industrial labor bureau will be developed. Earlier different licenses were to be taken, but now only the general license would be required and that will also be provided in 48 hours as said by the Chief Minister.

Around 40,000 hectares of land has been kept exclusively in Maharashtra for the FDI agreements conducted. With the World Association of Investment Promotion Agencies (WAIPA) and the US India Partnership Forum (USISPF), Maharashtra government has signed bilateral partnership agreements.

In the Oil and Gas sector, Exxon Mobil of USA will be investing in Isambe, Raigad and the investments will be amounting to be more than INR 760 crore. Whooping 3000 employment opportunities will be created by the investment of INR 5000 crore by UPL Chemical in Shahapur, Raigad.

Job creation will be on the rise due to the FDI agreements in Maharashtra as over 2500 jobs will be created by investments of INR 150 crore by Hiranandani Group which is an Indian firm. This company will be developing a logistics business in areas such as Talegoan, Chakan, and Bhiwandi.

By these foreign investments, there will be a major boost to employment as around 150 job vacancies will crop up due to investment by Hengli which is an engineering firm from China. The amount of investment that will be done by the firm is worth INR 250 crore in Talegaon Phase No. 2 that is located in Pune.

Investment of INR 560 crore in Chakan, Pune, Bhiwandi, Thane, and Talegoan will be done by Ascendas that is a Singapore's Logistics Company. INR 820 crore worth of investment will be done in Supa, Ahmednagar by and Indian food processing company- Varun Beverages.

Great Wall Motors that is a Chinese company will be creating around 2000 job opportunities by developing an automobile facility in Talegoan with an investment of INR 3770 crores.

The Maharashtra government is eager to sign further FDI agreements for the advancement of the state.