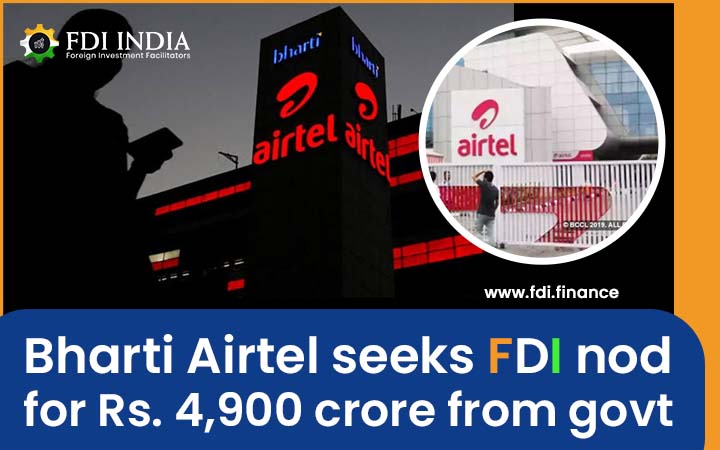 Telecom giant Bharti Airtel has sought an approval from the government of India for the infusion an investment worth Rs. 4,900 crore from the Singapore-based company Singtel and other foreign entities. With this move, Airtel, which is the oldest private telecom operator in India, will become a foreign company.

If the fund infusion is approved by the government, the overseas stake holding in Bharti Airtel will cross 50 per cent. Which means, the Indian company will turn into a foreign-owned company, an official with knowledge of the development told PTI.

According to what sources told PTI, Bharti Airtel has applied for foreign direct investments worth Rs. 4,900 crore from Singtel and other overseas investors.

"With this Bharti Telecom will become a foreign entity as majority stake will be held by overseas investors. DoT is expected to approve this investment this month," the source said.

Approval from the Department of Telecom (DOT) is significant because the department had previously rejected Bharti Airtel’s foreign direct investment application citing lack of clarity on the foreign investor as reason.

The Department of Telecom had rejected Airtel’s application earlier this year because the company failed to offer clarity on the overseas investor.

As per sources, once the company’s foreign direct investment bid is approved by the government- foreign shareholding in Bharti Airtel will cross 84 per cent.

Singtel and other overseas entities are on board with Bharti Airtel, they now only await an approval from the Department of Telecom on the proposal.